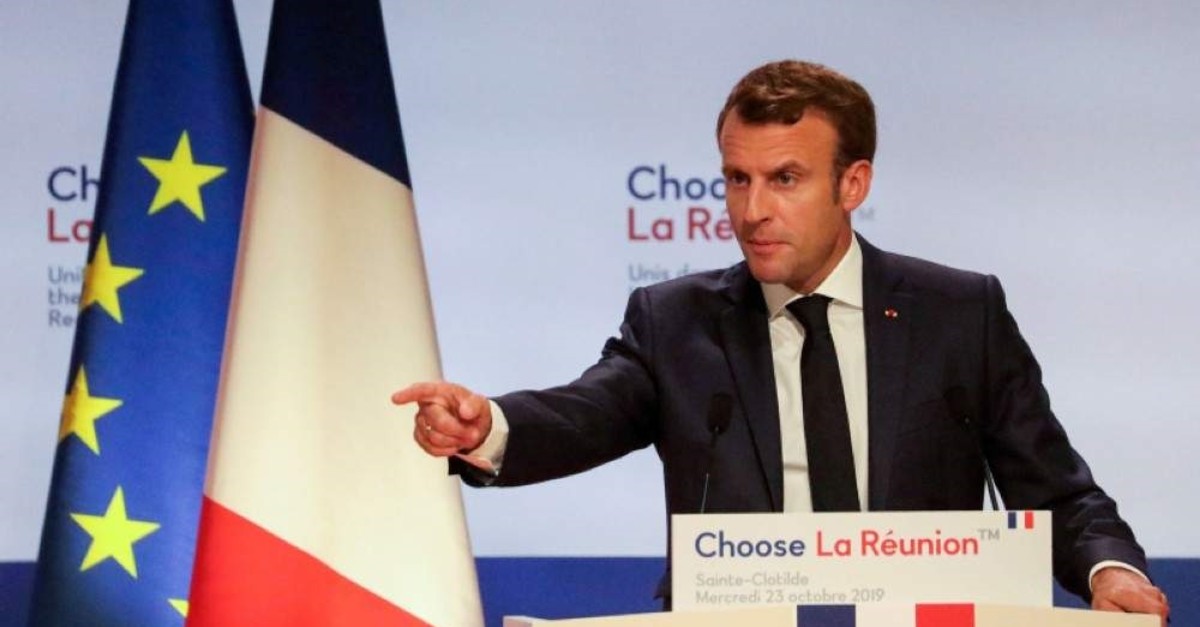 French President Emmanuel Macron gives a speech during the ,Choose La Reunion, summit in Saint-Denis de la Reunion on October 23, 2019 (AFP Photo)
by Zübeyde Yalçın Oct 25, 2019 2:08 pm
French president has said wearing of headscarf by Muslim women in public services and at schools is his business and that is what laicism means.
Emmanuel Macron was visiting French overseas territory of Reunion Island on Thursday and he spoke to reporters regarding Muslim headscarf issue, which is currently a topic of hot debate in the Western European country.
"Wearing headscarf in public spaces is not my business, however, in public services, at school and while educating children, headscarf issue is my business. That is what laicism is about," Macron said.
"In some neighborhoods, some people use headscarf as a symbol to break one's connection with the republic," he said.
Two weeks ago, French far-right lawmaker Julien Odoul had requested from a Muslim woman to take off her veil in a meeting in eastern Besancon and attacked her verbally.
After the incident, the issue sparked discussions and statements targeting Muslims that have risen recently.
In an open letter to Macron published in Le Monde daily last week, 90 academics, directors, actors and journalists have called the president to condemn the attack of Odoul against the Muslim woman.
Last Update: Dec 20, 2019 1:14 am
RELATED TOPICS