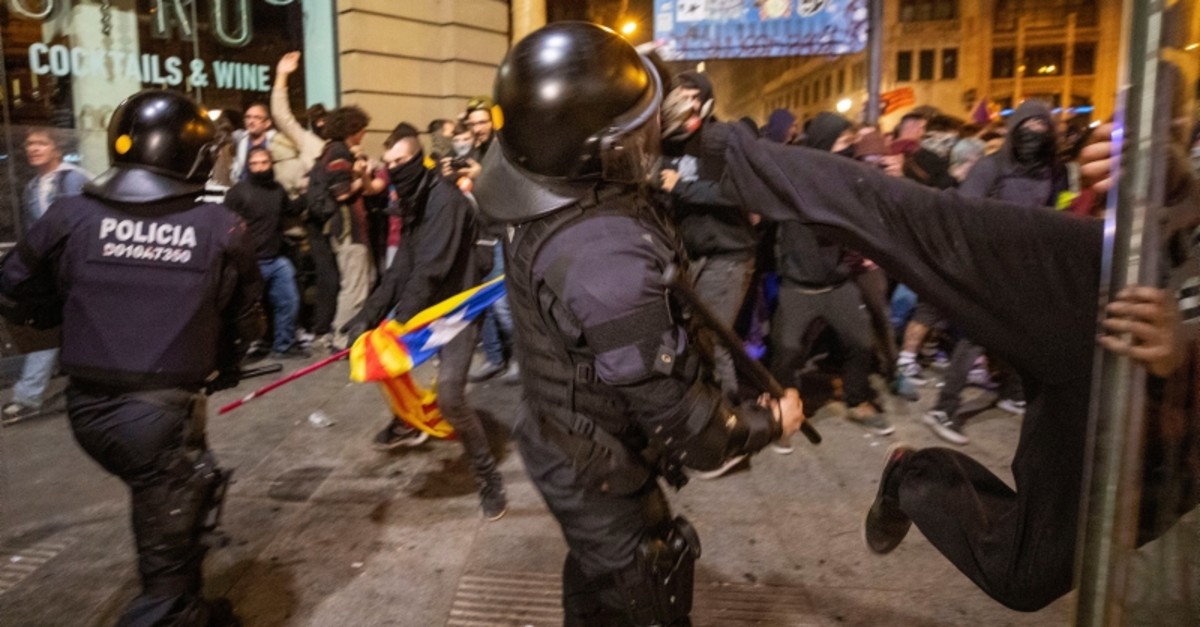 Spanish police carrying shields and weapons and backed by dozens of riot vans charged to try to disperse Catalan pro-independence protesters late on Saturday who had gathered outside police headquarters in central Barcelona.

Police armed with batons forcing their way through the thousands-strong crowd while demonstrators threw stones and flares.

The website of local newspaper la Vanguardia said at least two protesters were arrested. It was not immediately clear if the clash caused injuries.

The police action followed a two-hour standoff, during which demonstrators threw bottles, balls and rubber bullets at officers.

A large crowd was still massed around police headquarters around half an hour after the charge occurred.

Hundreds of thousands in Spain's restive region of Catalonia protested Saturday in Barcelona against the imprisonment of nine separatist leaders for their roles in an illegal 2017 secession bid.

Barcelona's police say 350,000 people rallied in downtown Barcelona, many waving pro-independence flags for Catalonia. The rally was organized by the main pro-secession grassroots groups who want to create a new state in wealthy northeastern Spain.

Nine Catalan officials were given sentences of nine to 13 years for sedition by the Supreme Court. Four of those were also convicted of misuse of public funds. The other three were fined for disobedience. They were all acquitted of the more serious crime of rebellion, which carries sentences of up to 25 years.

The Oct. 14 sentence sparked peaceful protests in Barcelona and other nearby cities that later spiraled into violent clashes with police during six straight days.