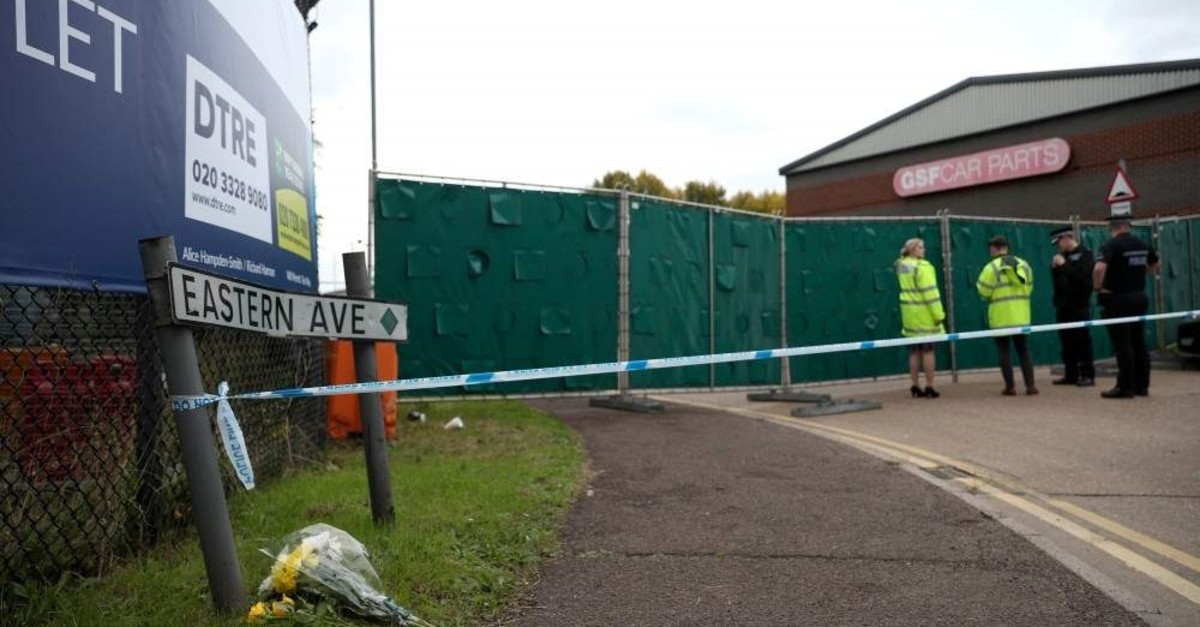 Europe’s ossified political indifference concerning migrant deaths within their borders was highlighted once again, following the 39 dead bodies that were found in a container east of London last week.

Fleeing their conflict-ridden countries in Africa, Asia and the Middle East, migrants have been trying to reach Europe by land and sea. Europe’s persistent silence about the issue has also normalized these kinds of tragedies and allowed for more to happen.

Even though the refugee crisis both within Europe and along its borders is being tackled by European leaders, their incapability of producing long-term and effective policies leaves the problem unsolved and leads to even more deaths.

The latest tragedy is just a small example, considering the scale of migrant deaths that have happened all over Europe in previous years.

In Britain’s biggest illegal immigrant tragedy in 2000, British customs officials found the bodies of 58 Chinese people crammed into a tomato truck at the southern port of Dover.

Again in Britain, in 2014, inside a shipping container at Tilbury port, 34 Afghans were found suffering from severe dehydration, hypothermia and a lack of oxygen. During the sea crossing from Belgium, one man had died.

Smaller numbers of migrants have occasionally been found dead in trucks in Britain in the recent period.

Another incident happened in 2002 with the Dutch lorry driver Perry Wacker, who had shut off the airless container’s only air vent causing the migrants to suffocate, according to prosecutors.

Wacker was jailed 14 years for manslaughter and conspiracy to aid illegal immigrants.

At the peak of Europe’s migration crisis in 2015, on August 27, the decomposing bodies of 71 deceased migrants were discovered in the back of an abandoned poultry refrigerator lorry by the Austrian police.

Found on a motorway close to the Hungarian border, the truck held the lifeless bodies of 59 men, eight women, three young boys and a toddler.

Following investigations, it was determined that the migrant victims from Syria, Iraq and Afghanistan had been picked up the previous day in Hungary by human traffickers.

It was reported by the coroners that they had died within less than three hours in the lorry’s sealed compartment, with less than 30 cubic meters of air to breathe, while they still were on Hungarian territory.

The leader of the professional trafficking ring, who was discovered to be young Afghan Samsoor Lahoo, was sentenced on appeal to life in prison, just like his three Bulgarian accomplices, in June of 2019.

The situation is not that different at sea.

Due to the lack of a common response to migration inflows from northern Africa via the Mediterranean, migrants have been facing the same unwelcoming approach from EU countries.

Recently, every standoff about migrants rescued from the Mediterranean takes weeks to resolve, revealing the limits of EU tolerance and its inherent deficiencies in promptly resolving serious crisis situations. Instead, they get caught up in intra-EU struggles on what to do with migrants saved at sea, while effectively dashing their European dreams.

Additionally, according to the European Border and Coast Guard Agency (FRONTEX), there's been a 14% increase in the number of detected illegal border crossings at the main migratory routes to the EU countries in September, compared to the previous month this year.

Also according to FRONTEX, Tunisians and the Sudanese were the two main national groups illegally crossing European borders through the central Mediterranean, with Afghans constituting more than half the migrants detected on the Western Balkans route.