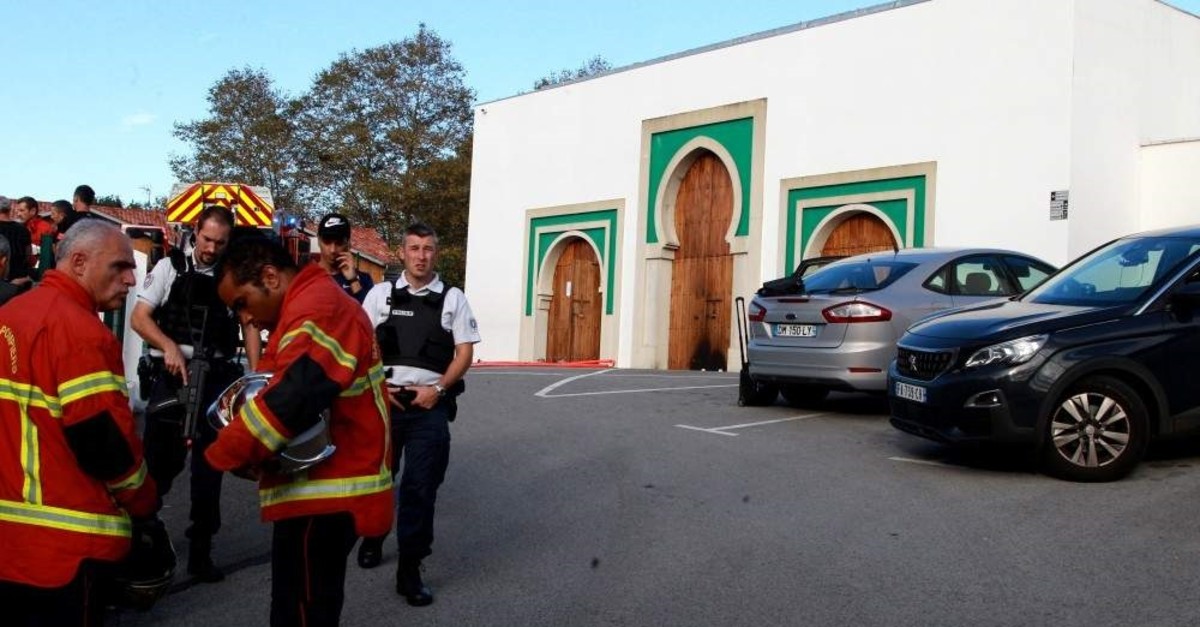 Local authorities said the attack in the southwestern city of Bayonne started when a man tried to set the door of the mosque on fire. He was surprised by the two elderly victims who were preparing for afternoon prayers and shot them. He then set a vehicle alight while leaving the scene.

The attack in Bayonne in a neighborhood described by its residents as peaceful, shocked Muslims, prompting firm condemnation. Abdallah Zekri of the French Council of the Muslim Faith (CFCM) said Monday there was “a great deal of concern” among France’s Muslims. He said attacks such as the one in Bayonne were “not surprising given the climate of stigmatization of Islam and Muslims.”

The suspect, identified as Claude Sinke, was a candidate in the 2015 departmental elections for France's far-right National Rally party, then known as the National Front. Interior Ministry election results from 2015 show that a Claude Sinke ran unsuccessfully in his community of Seignanx. The National Rally acknowledged that the suspect had been a candidate in the 2015 elections before being kicked out of the local federation for speaking in a way "deemed contrary to the spirit and the political line" of the anti-immigration party. National Rally leader Marine Le Pen distanced her party from the incident. The party regularly evokes fears of Islam conquering French civilization.

France has the largest Muslim minority in Europe, estimated at 5 million or more out of a population of 67 million. The incident came amid a divisive debate in France over the headscarves worn by some Muslim women. For years, rights groups have argued that France's secular laws foster Islamophobia and discriminate against Muslim women. Recently, the French senate debated a draft law proposed by the National Rally to ban parents accompanying their children on school trips from wearing visible religious insignia.

Following a wave of militant attacks since 2015, officials have urged people not to confuse the actions of radicalized individuals with those of France's Muslims, but anti-Islamic violence is on the rise. A handful of alleged plots involving far-right extremists have made headlines in recent months. In June 2018, 13 people with links to the Operational Forces Action group were arrested by anti-terrorist police over an alleged plot to attack Muslims. The War for France website of the shadowy radical group depicted an apocalyptic battle scene under the Eiffel Tower and claims to prepare "French citizen-soldiers for combat on national territory." France's TF1 television said the group planned to target radicalized imams after their release from jail as well as veiled women in the street chosen at random.

France registered 72 violent anti-Muslim acts in 2017, up from 67 in 2016. In July 2017, a 23-year-old was charged with plotting to assassinate the president at France's Bastille Day military parade. The man told investigators he wanted to kill President Emmanuel Macron along with "Muslims, Jews, blacks and homosexuals," and three kitchen knives were found in his car.

There have been intermittent attacks on mosques in France since 2007, when 148 Muslim headstones in a national military cemetery near Arras were smeared with anti-Islamic slurs and a pig's head was placed among them. In June this year, a gunman wounded an imam in a shooting at a mosque in the northwestern city of Brest, but police ruled out a terror motive. In March, workers building a mosque in the small southwestern town of Bergerac found a pig's head and animal blood at the entrance to the site, two weeks after a gunman killed 50 Muslims in Christchurch, New Zealand in a shooting spree at two mosques.