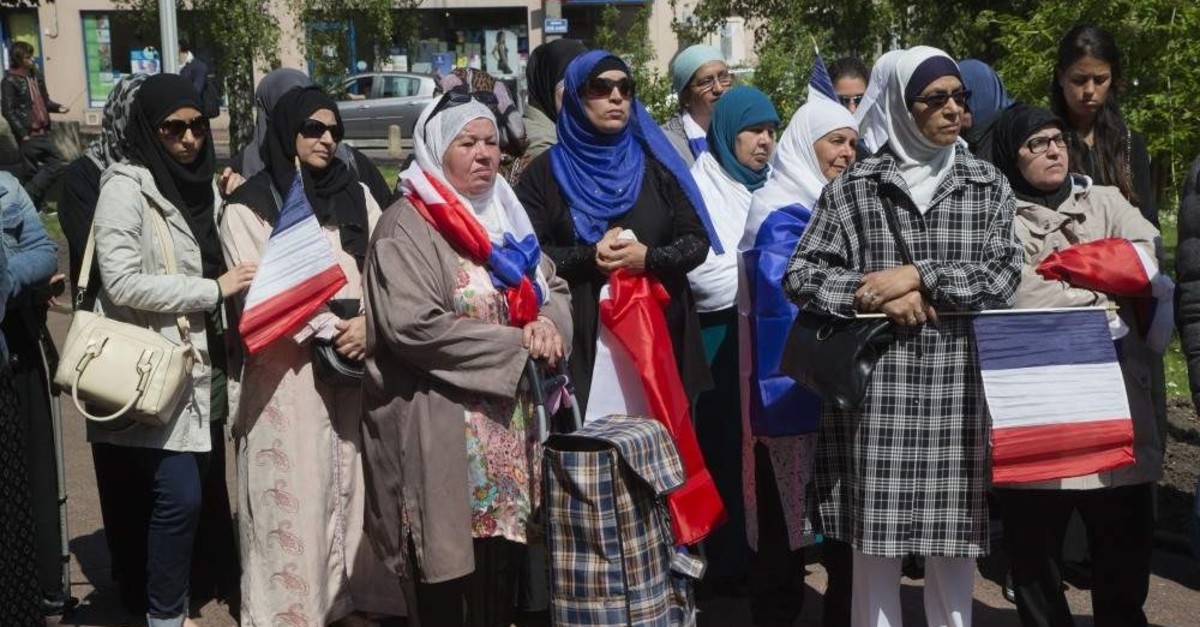 The French Senate approved a bill Tuesday proposed by the mainstream right that would oblige women wearing headscarves to remove them when accompanying school outings. The issue has been in the news in recent weeks since a far-right politician objected to a mother wearing a headscarf who was accompanying a school trip to a regional assembly meeting. The move came a day after two elderly men were seriously injured in a shooting attack at a mosque in the southern city of Bayonne. A suspect with a far-right background is in custody.

France has the largest Muslim minority in Europe, estimated at 5 million or more out of a population of 67 million. The place of religion and religious symbols worn in public can be a matter of controversy in the staunchly secular country. For years, rights groups have argued that France's secular laws foster Islamophobia and discriminate against Muslim women. France banned schoolchildren from wearing religiously distinctive clothing or emblems in 2004, after controversy over Muslim schoolgirls wearing headscarves.

France was the first country in Europe to ban Islamic face veils, such as the burqa and the niqab, in public places in 2010. In 2014, the European Court of Human Rights upheld the ban but said the law could appear excessive and encourage stereotyping. France was also embroiled in a row over bans on the burkini, a full-body Islamic swimsuit, in resorts around the Riviera. Since then, French Muslims have growing concerns, saying that decisions taken by some municipal authorities to ban the burkini could lead to the further stigmatization of Muslims.