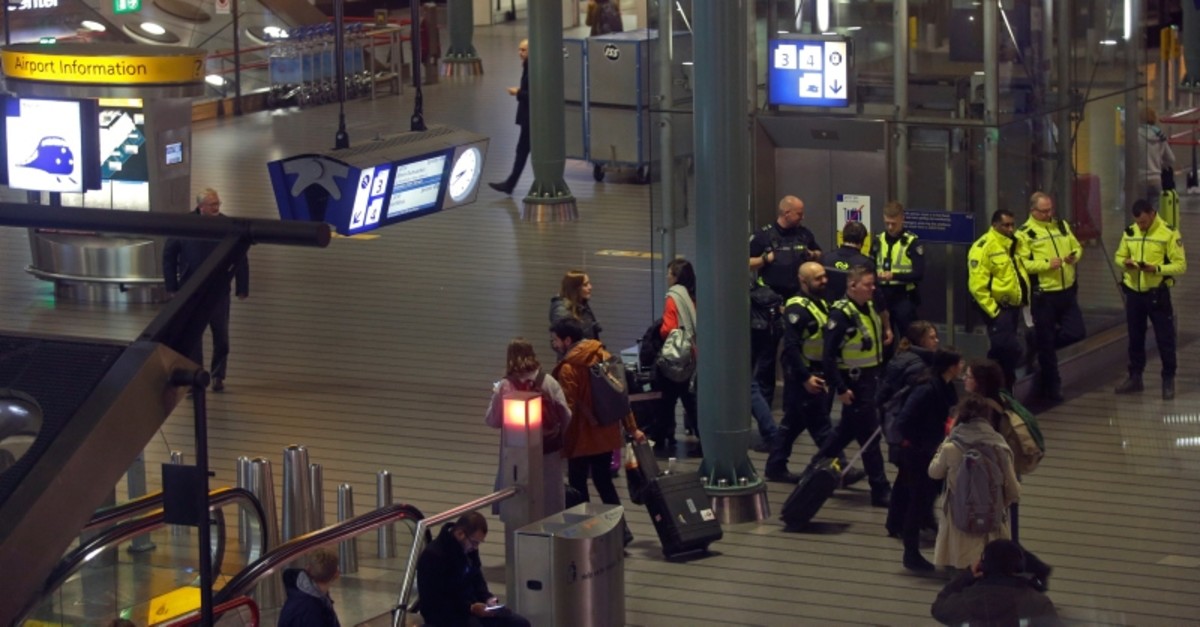 A security alert Wednesday night at Amsterdam's Schiphol Airport began when a hijacking warning on a plane was accidentally set off, a Spanish airline said.

Air Europa said in a tweet that the scare that sent emergency services rushing to the airport was a false alarm. It said says a warning that triggers hijack protocols at airports "was activated, by mistake."

The carrier added that all passengers "are safe and sound waiting to fly soon. We deeply apologize."

The military police service earlier said it was responding to a suspicious situation at the airport on the outskirts of Amsterdam.

It was not clear how the warning was triggered.

Dutch media reported that emergency services were deployed in big numbers at the airport.

An AP photographer near the main entrance said the situation appeared calm, with military police and civilian police officers visible inside the building. Cars picking up and dropping off passengers continued to arrive as normal.