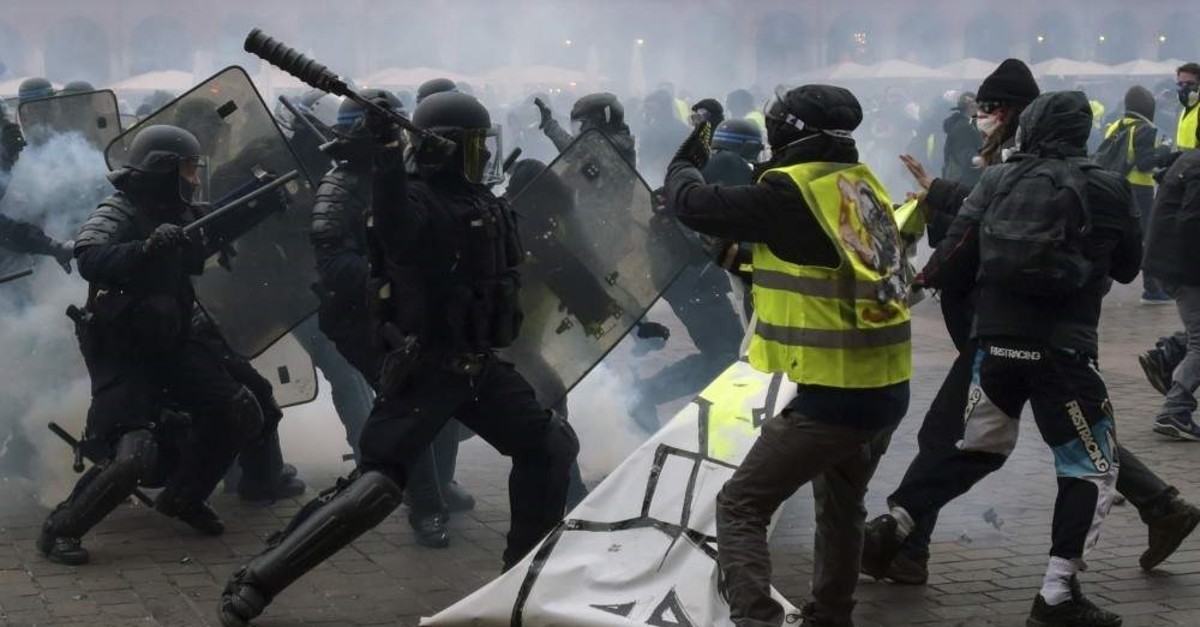 Ahead of the approaching anniversary of the yellow vest protests, two French police officers will stand trial for the alleged use of excessive force against demonstrators taking part in anti-government rallies in Paris.

The two officers were charged over incidents at this year's May Day protest in Paris, a traditional day of labor union rallies that were joined by yellow vest activists.

One officer will stand trial for allegedly slapping a protester in the face, while the other is accused of throwing a paving stone at demonstrators in Paris. Both scenes were captured on video.

The response of French President Emmanuel Macron's government to the yellow vest protests has been seen as an escalation of state violence toward its citizens as the U.N. recently urged a French probe into the use of force during the protests.

Participants in the year-old protest movement have long accused authorities of using heavy-handed tactics that have left dozens of people seriously injured. They denounce in particular the use of large rubber bullets from so-called "defensive ball launchers," as well as sting-ball grenades.

According to the French Interior Ministry, the IGPN police oversight body opened 313 criminal investigations in total countrywide into cases of alleged police violence at yellow vest protests, while the oversight body of the gendarmerie was looking into 23 cases.

Nearly 370 people have been injured since Nov. 17. One person was killed and 368 others injured after getting shot by tear gas capsules of French police during anti-government protests.

The police violence left 21 people with eye injuries, 204 others with head injuries, as a consequence of the explosion of concussive grenades. Some 68 people sustained leg injuries while 41 others were wounded in the chest. Among those injured were 56 journalists and 37 high school students.

The horrifying images of students, outdoors in the suburban city of Mantes La Jolie, on their knees with their hands behind their heads had shocked France. They were pictured being watched over by armed police officers whose faces were hidden by ski masks.