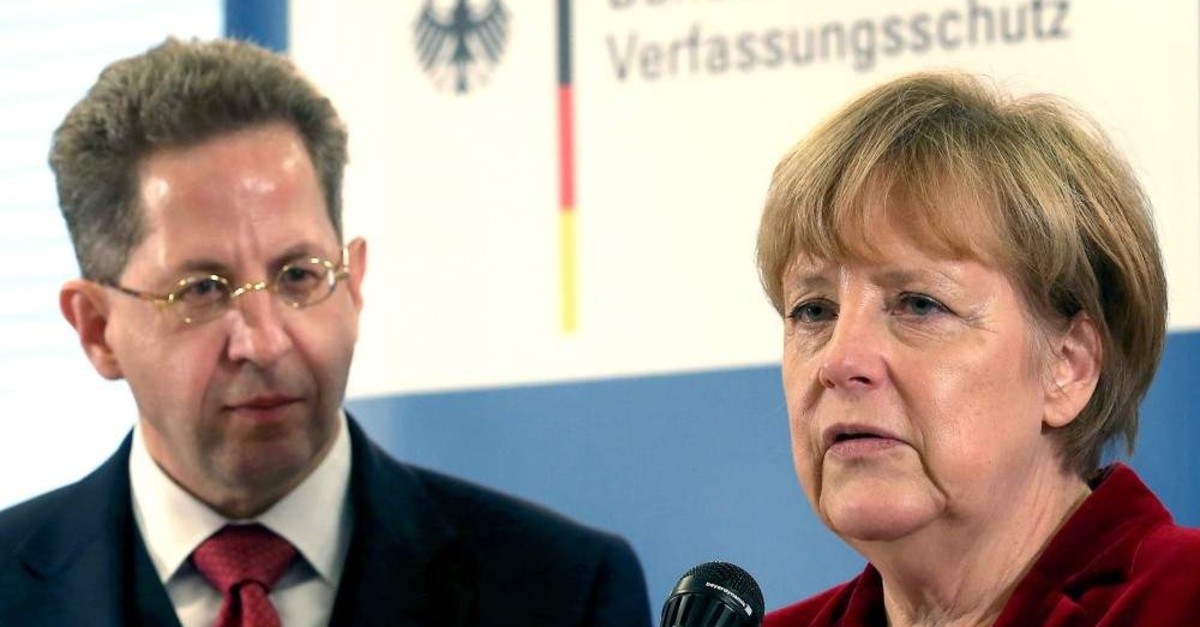 German Chancellor Angela Merkel speaks at the headquarters of the Federal Office for the Protection of the Constitution, Cologne, Oct. 10, 2014. (AFP Photo)
by Daily Sabah Nov 08, 2019 5:43 pm

The far-right threat in state institutions has been spreading across Germany, with the latest evidence a case involving an official from the Verfassungsschutz, Germany’s Federal Office for the Protection of the Constitution (BfV), who was reportedly suspended from duty on suspicions that they had connections with far-right groups and had participated in their activities.

According to reports from the West German Radio and Television Corporation (WDR), the North German Radio and Television Corporation (NDR) and German newspaper Süddeutsche Zeitung, the officer had been working for eight years at the headquarters of the domestic intelligence agency in Cologne's Chorweiler district. The investigation was opened based on extreme right-wing statements the officer made in a WhatsApp group.

Prior to reports of far-right figures in the country's secret service, German police were shaken by an investigation into more police officers in the western German state of Hesse in relation to far-right extremist leanings. The German army has also been shaken by a widening scandal over fears of hardline racist views among soldiers.

Facing growing far-right extremism, Germany was shaken by more than 100 bomb and death threats sent by neo-Nazi groups to lawyers, politicians and institutions earlier this year. In addition, far-right groups have drawn up several “enemy lists” containing the names and addresses of more than 25,000 people, a parliamentary inquiry revealed in July 2018. Germany is home to some 12,700 potentially violent far-right radicals, according to the BfV. As support for the far-right has increased over the last four years, German authorities have grown increasingly concerned over the rise of right-wing terrorism in the country. A secret report by the BfV revealed in May that right-wing extremists were preparing for “a civil war scenario” or “a feared collapse of public order” by training members to use firearms and explosives and collecting other necessary supplies.