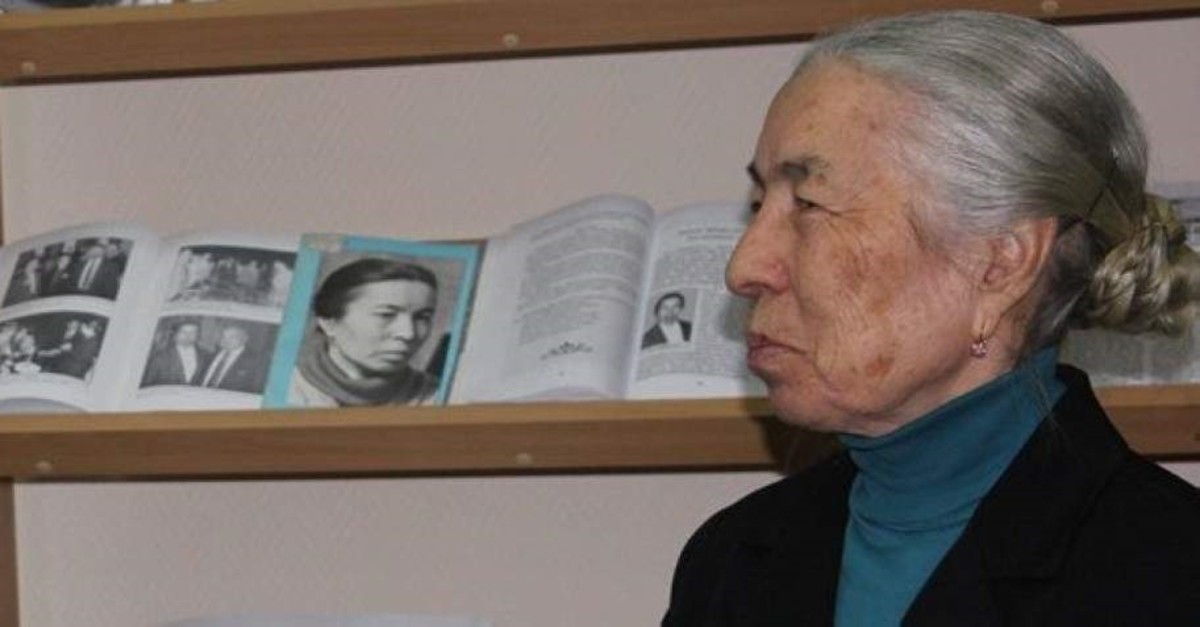 A photo of Ayse Seytmuratova courtesy of Crimean News Agency (QHA)
by Daily Sabah with Agencies Nov 09, 2019 12:42 am

Previously in December, Seytmuratova met with the Crimean Tatar youth in Russian-occupied Crimea for an event.

Saying that despite all the pressures, Crimean Tatars should continue to live in the peninsula, Seytmuratova noted during the event, "Even if the aliens come to Crimea, we will not leave here."

Seytmuratova had also witnessed the Crimean Tatar exile at the age of 7 when she was exiled from her homeland on May 18, 1944, with her mother and six brothers. Graduating from the history department of Samarkand University, Seytmuratova lived in exile for years in Uzbekistan and then moved to the United States where she continued her works regarding the Crimean Tatars.

Russia annexed the Crimean peninsula from Ukraine after an independence referendum in 2014, following the ouster of Ukrainian President Viktor Yanukovych as a result of the pro-EU Euromaidan protests. The U.N. General Assembly later voted to proclaim the Russian action illegal, and along with an overwhelming majority of U.N. member states, Turkey does not recognize Crimea as Russian territory.