Germany marks 30th anniversary of the fall of Berlin Wall 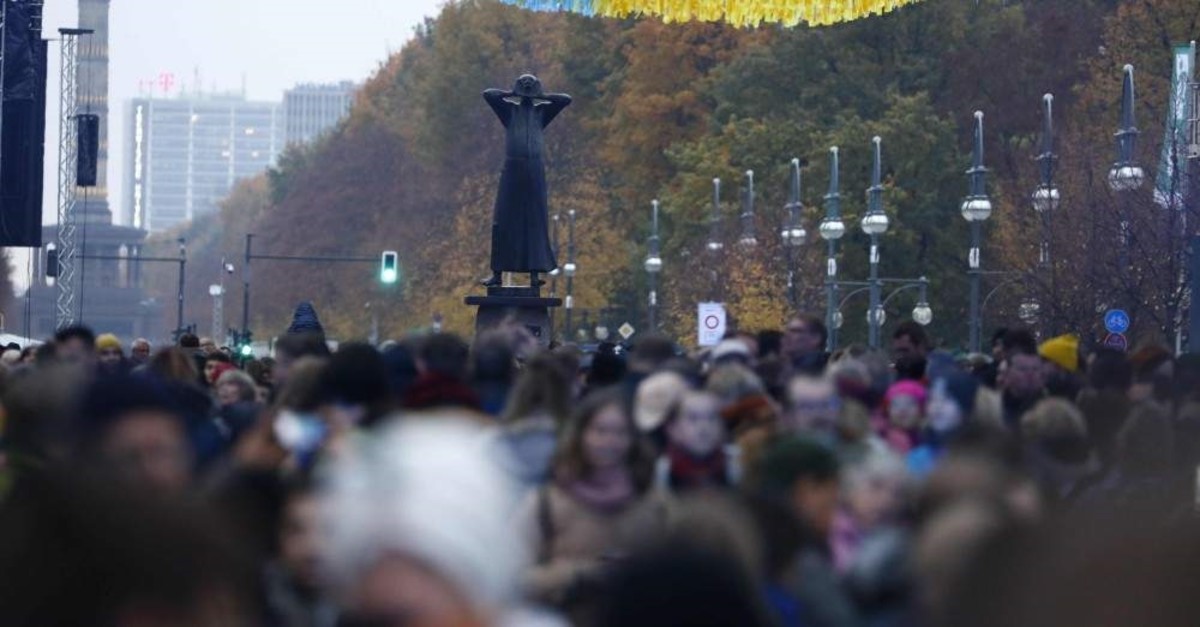 Germany celebrated on Saturday the 30th anniversary of the fall of the Berlin Wall that divided East and West Germany, with President Frank-Walter Steinmeier thanking Eastern European neighbours for spurring on the peaceful revolution.

The toppling of the wall, which separated the Communist-ruled East from the capitalist West in Berlin for nearly three decades and became a potent symbol of the Cold War, was followed a year later by the reunification of Germany in 1990.

"Together with our friends, we remember with deep gratitude the events 30 years ago," Steinmeier said during a ceremony at the Bernauer Strasse Berlin Wall Memorial, which was also attended by Chancellor Angela Merkel and heads of state from Poland, Hungary, Slovakia and the Czech Republic.

"Without the courage and the will to freedom of the Poles and Hungarians, the Czechs and Slovaks, the peaceful revolutions in Eastern Europe and Germany's reunification would not have been possible," Steinmeier said.

During the ceremony, Steinmeier and the presidents of the four Eastern European nations placed roses in a small gap in the remains of the wall at the memorial.

In August 1989, Hungarian border guards for the first time allowed people from East Germany to cross freely into Austria, paving the way for the fall of the Berlin Wall three months later and with it the end of the Iron Curtain.

Steinmeier said, however, that the historic event did not mark the "end of history" as U.S. historian Francis Fukuyama stated. The struggle of political systems continues and the future is more uncertain than ever before, he added.

"Liberal democracy is being challenged and questioned," Steinmeier said, calling on Germany and its European allies to keep fighting for a peaceful and united Europe.

His message was echoed by Merkel, who grew up in the former East, during a commemorative service at the memorial's chapel.

"The values on which Europe is founded -- freedom, democracy, equality, the rule of law, respect for human rights -- are anything but self-evident. And they have to be filled with life and must be defended again and again," she said.

"Power is shifting away from Europe, authoritarian models are on the rise, the United States is increasingly looking inwards and international law is losing ground," he said.

"It means we will have to overcome some of our much-loved national taboos. Especially here in Germany. But the time to do it is now."

The United States and European allies accuse Berlin of spending too little on defence, and view Germany's large current account surplus as a sign that Germans are not investing enough to support growth and development.