Spain heads to polls for 4th elections in 4 years 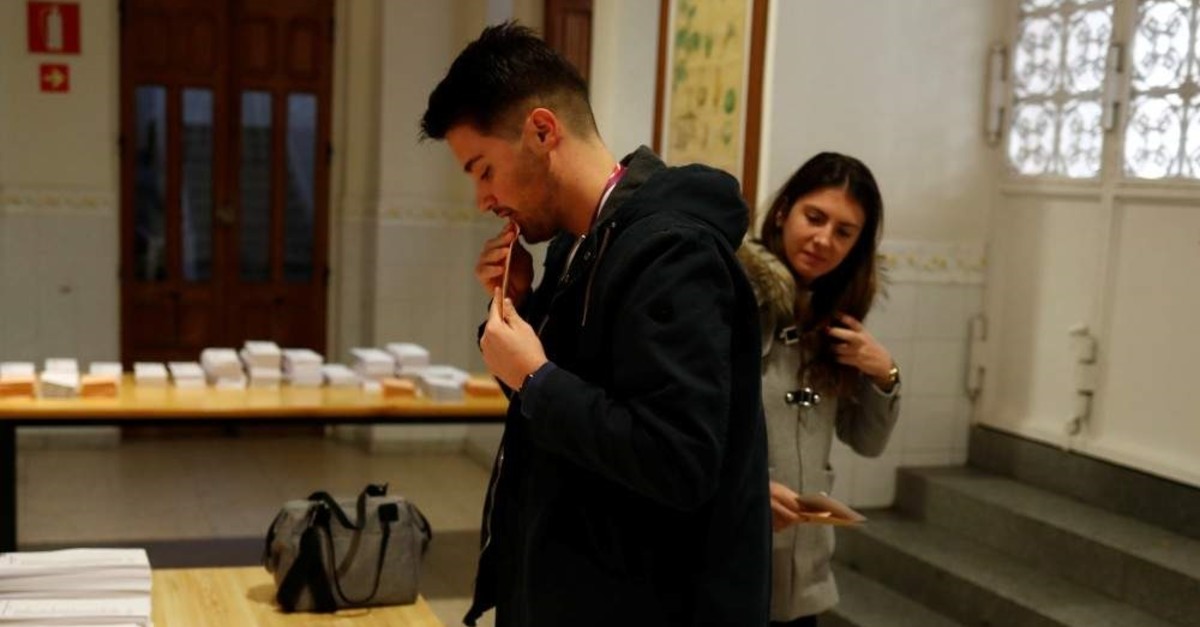 Spaniards have begun voting in the country's fourth election in as many years with Catalonia's secession drive and the predicted rise of a far-right party dominating the campaign.

The election Sunday was called by incumbent Socialist Prime Minister Pedro Sánchez, who won most votes in the last ballot in April but failed to whip up enough parliamentary support to form a government.

Sánchez is tipped to win again but Spain may face another stalemate situation and months more without a stable government.

The four main parties contending centered their campaigns chiefly on ways to deal with Catalonia's independence push and the feared surge of the far-right party Vox (Voice).

Since the early 1980s, power in Spain had alternated between the Socialists and the conservative Popular Party (PP).

But December 20, 2015 put an end to that when two new parties, center-right Ciudadanos and far-left Podemos, entered parliament for the first time. Mariano Rajoy's PP won the most seats but lost its absolute majority in Spain's 350-seat parliament and was not able to cobble together a governing coalition.

Pedro Sanchez's Socialists, which came in second but also lost ground, reached an agreement with Ciudadanos but this was still not enough to form a government.

Due to the political impasse, fresh elections were held on June 26, 2016. The PP gained ground but still fell short of an absolute majority. Rajoy was finally sworn in for a second term as prime minister on October 29, 2016, ending a 10-month spell without a government. This was made possible because Ciudadanos voted for him in a confidence vote and the Socialists abstained. Weeks earlier, the Socialists had ousted their own leader Sanchez who had steadfastly refused to back Rajoy's attempts to form a government. Rajoy's minority government managed to pass its budget in 2017 and 2018 by making generous concessions to a Basque nationalist party and regional parties from Spain's Canary Islands.

Sanchez made a stunning political comeback when he won his party's primaries in May 2017. A year later, he became prime minister after ousting Rajoy in a no-confidence motion in parliament on June 1, 2018. It was the first time in Spain's modern democratic history that a premier was unseated by a parliamentary revolt. Sanchez instigated the no-confidence motion after the ruling PP was found guilty of benefiting from illegal funds in a massive graft trial. It was passed with the support of a hodgepodge of different formations, including Podemos, two Catalan separatist parties and a Basque nationalist party.

Sanchez's minority government submitted a left-leaning budget with Podemos which boosted social spending, in the hopes of governing until the end of the current legislature in mid-2020. But discussion with Catalan separatist parties, whose demand for a legally binding independence referendum is unacceptable to Sanchez, broke down. Without their much-needed votes, the budget was rejected in parliament on Feb. 13, 2019 and Sanchez later called early elections for April 28.

Sanchez won that vote but, with only 123 deputies out of 350, he was forced to form new alliances to govern. However, his negotiations with Podemos, the Socialist party's bitter rival, collapsed after four months and the PP and Ciudadanos refused to help him to form a minority government by abstaining in a confidence vote, prompting fresh elections.