French govt faces backlash after student sets himself on fire 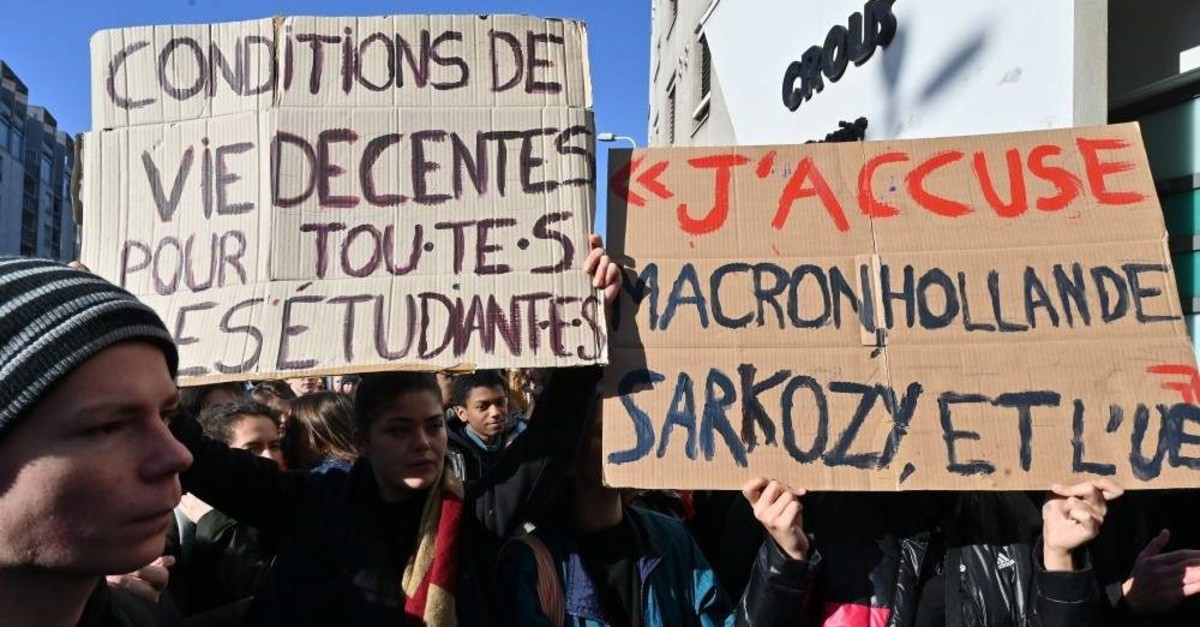 The French government yesterday attempted to defuse the anger caused by the attempted suicide of a student who set himself alight to protest the hardship he faced. The 22-year-old student suffered burns on 90% of his body after attempting to take his life outside a university building in central Lyon on Nov. 8. The man, who had recently lost his student grant, remains in critical condition in hospital.

On Tuesday, hundreds of students demonstrated in Lyon, Paris and Lille over the desperate act which the student blamed in a Facebook post on successive French presidents and the EU. In Paris, protesters tore down the gate of the higher education ministry and scrawled "financial insecurity kills" on the wall. At Lille university a conference by ex-president Francois Hollande had to be called off. In Lyon, classes were disrupted.

Junior Interior Minister Laurent Nunez yesterday condemned the incidents. "The real emotion" triggered by the man's suicide bid was "understandable," he told France Inter radio. But the damage caused to buildings, the death threats received by managers of student bursaries and the blocking of Hollande's conference were "totally unacceptable, the minister said.

The political science student, who lost his grant after twice failing his second year, accused President Emmanuel Macron, his two predecessors, Hollande and Nicolas Sarkozy, and the EU of having "killed me." Even when he had his grant of 450 euros ($495) a month, he said he struggled to get by, adding that he had decided to "commit the irreparable" outside the student loan authority building because he saw it as a "political place."