Greece accused of firing on migrants 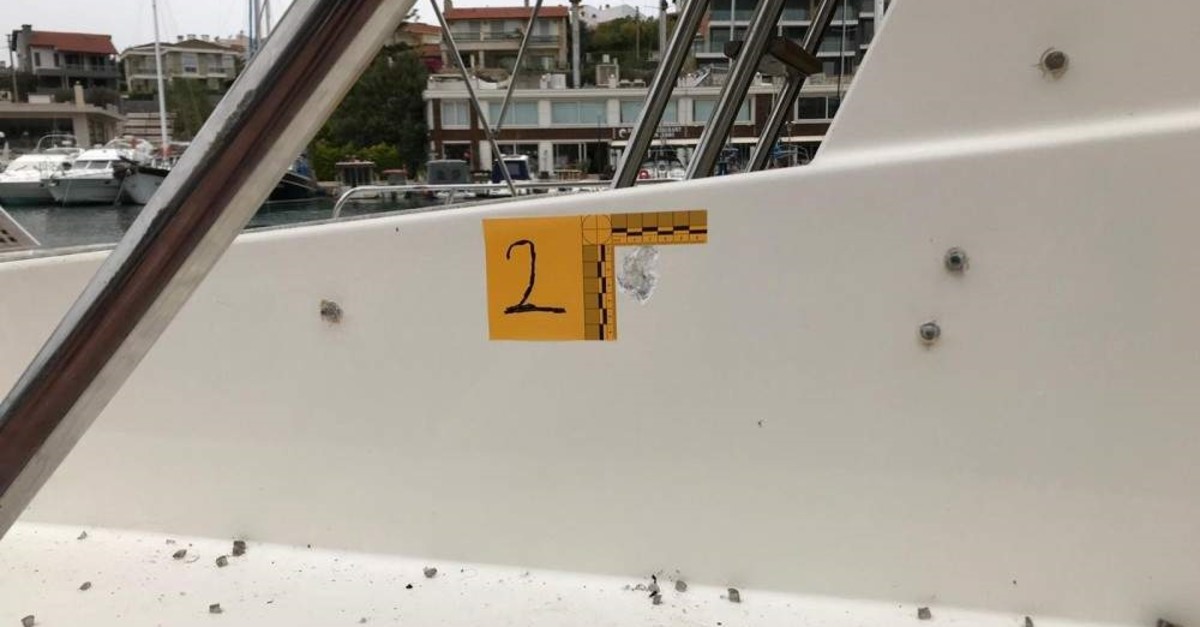 Twenty-seven illegal migrants claimed the Greek Coast Guard opened fire on them on Thursday as they attempted to reach the Greek island of Chios from Çeşme, a Turkish resort town in the western province of İzmir.
Multiple bullet holes were visible on the boat that was towed to the port by the Turkish Coast Guard. Illegal migrants were discovered aboard the boat by Turkish soldiers patrolling the area. Among them were 17 Syrian and 10 Somali migrants, while authorities arrested one human smuggler helping them.
Baz Muhammad, a Syrian migrant, told Anadolu Agency (AA) that they left for Greece on Wednesday night and approached Chios about 30 minutes later. He said they stopped the boat some 20 meters away from the island when they spotted by the Greek Coast Guard. “They had no light on their boat and then they turned on their lights about 200 meters away from our boat. They started firing into the air but we kept moving. They fired on us when we approached the island. It lasted for about 20 minutes and I counted about 100 rounds fired on us,” he said. Muhammad said bullets hit the boat and it “almost capsized.” He said they managed to return to Turkish waters. Turkish media outlets reported that a lifeboat tied to the back of the migrants' boat was blown apart by the gunfire.
Last Update: Dec 20, 2019 1:41 am