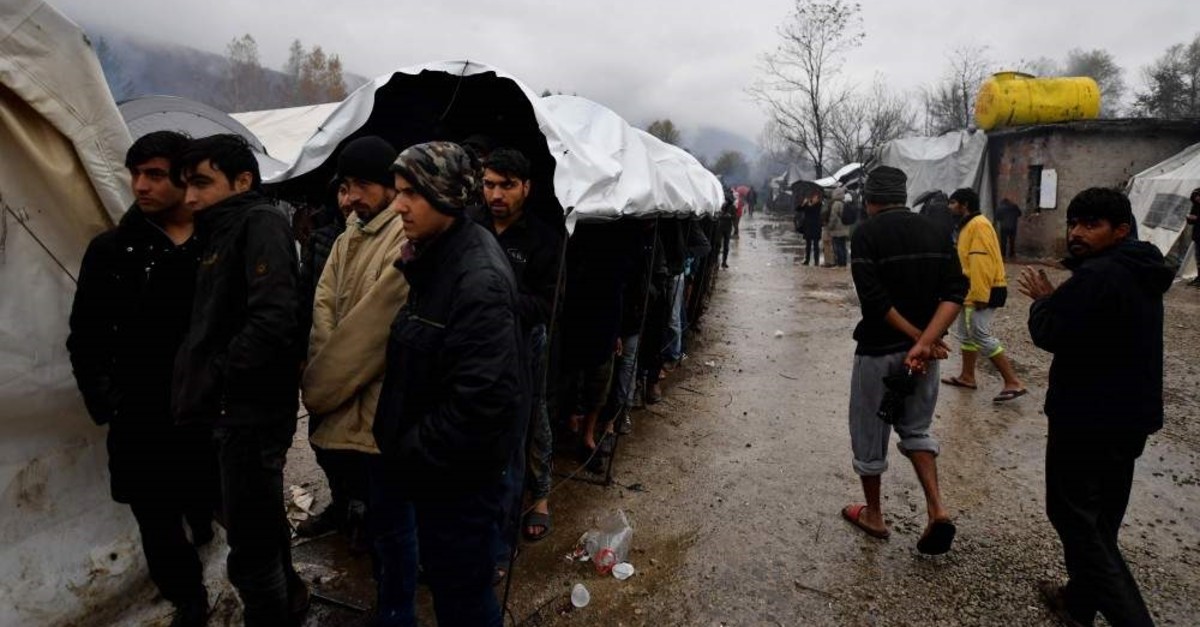 As winter nears, migrants who are trying to reach Western Europe face harsher conditions in bleak makeshift camps in northwestern Bosnia-Herzegovina. Amid worsening conditions, migrants staying in a camp near Bosnia’s border with Croatia appealed for help while numerous international organizations have repeatedly called for the closure of the Vucjak camp.

Hundreds of migrants have been staying there with almost no facilities since authorities in northwestern Bosnia set up the camp in June. Vucjak was built as a provisional solution for migrants sleeping in the rough, many of them in the streets of Bihac and in villages. The camp has no electricity or running water. The tents housing migrants have been erected on bare ground.

Last week, a storm in Bosnia swept through the camp. Garbage floated in pools of water amid persisting rain, as reported by the Associated Press (AP). Some migrants tried to fix their tents, while others lit fires to warm up and stay dry. Doctors Without Borders warned that the improvised Vucjak refugee camp does not meet minimum living standards, describing it as a “dangerous and inhumane place.”

The Vucjak camp is located on a former landfill and is near a minefield left over from Bosnia’s 1992-95 war. An EU delegation warned during a visit to the Vucjak camp that migrants staying there must be relocated to other sites while reiterating their call for the closure of the camp.

With only two official asylum and refugee centers, the small country of 3.5 million people, which aspires to be an EU member, is hard-pressed to cope with the migrants. In order to curb migrants entering the impoverished country en route to EU territory, Bosnia's security minister, in June 2018 called for legislative changes to enable border deployments of the army while accusing the EU of failing to manage the crisis.

The Balkan region has been the focus of migration policy debates. Four years ago, the Balkan route was one of the main corridors for the more than 1 million migrants who reached Western Europe. Even though the route has all but been shut down since early 2016 through coordinated border closure measures, thousands of migrants still manage to pass through. Hundreds of thousands of migrants who streamed northwards through the Balkans to EU territory in 2015 largely bypassed Bosnia. But the ex-Yugoslav republic now finds itself struggling to accommodate thousands of people intent on making their way via neighboring Croatia to affluent EU countries further north.