France has one of highest domestic violence rates in EU 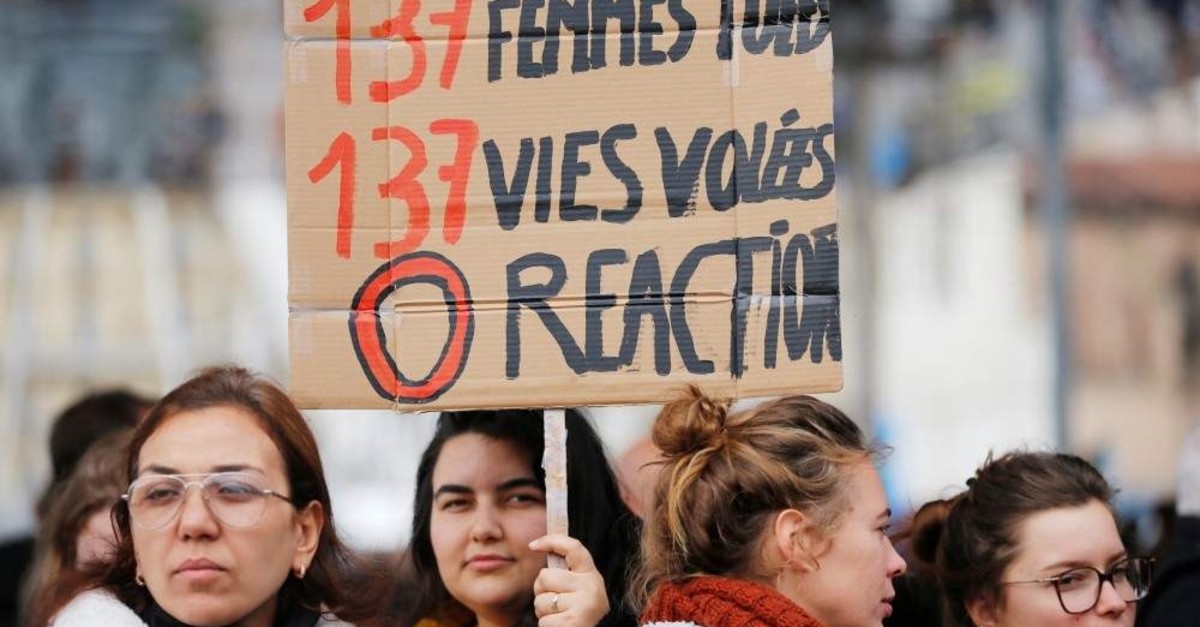 France still has one of the highest rates of domestic violence in the EU, with activists reporting the deaths of more than 130 women this year alone, yet the government seems unable to turn the tide

The epidemic of domestic violence persists in France, which now has one of the highest rates of incidents in the EU. More than 130 women have died from domestic violence in 2019 alone, according to activists monitoring the situation. The number amounts to at least 116 since the beginning of the year, while activists report 137 deaths, according to Agence France-Press (AFP). Last year, official figures revealed the deaths of 121 women lay at the hands of their partners.

A 2014 EU survey of 42,000 women across all 28 member states found that 26% of French female respondents said they had been abused by a partner since the age of 15, either physically or sexually. The number is 4 percentage points above the EU average and the sixth-highest among EU nations.

Saturday saw tens of thousands participate in demonstrations across France calling for an end to systematic violence against women, local media reported. Overnight, activists had plastered the walls of public places with countless posters emblazoned with the names of the victims and a call for action. One of the signs read “complaints ignored, women killed,” with Macron’s name being featured alongside numerous anti-violence slogans. Thousands of women across France participated in the demonstrations, voicing their disappointment with the government as they mourned the victims.

Macron made it a campaign pledge to tackle the issue two years ago. However, the government proved ineffective in preventing the violence, with the rates of incidences of violence having failed to diminish.

The French government is preparing to announce new measures today that are expected to include a seizure of firearms from suspects, an increase of police training and formal recognition of “psychological violence” as a form of domestic abuse. However, victims and advocates say government action is long overdue, and that more training is needed for police who are often ill-prepared to protect women in danger.

Lawyers and victims’ advocates say women are too often met with disbelief or turned away by French law enforcement, but that the national conversation which had emerged was an encouraging sign, marking a departure from decades of denial.

Police inaction made national headlines in France after Macron visited a hotline call center in September and listened in on a call with a 57-year-old woman whose husband had threatened to kill her. He heard a police officer on the other end tell the woman he couldn’t help her. The hotline operator told Macron that such responses weren’t unusual.

Police officers across Europe often dismiss domestic violence as a private matter and fail to intervene at crucial moments, an EU study found this year.

France has been particularly passive and inefficient when it comes to offering realistic and sustainable measures to tackle domestic violence, and the current government has not shown any substantial progress on the issue.