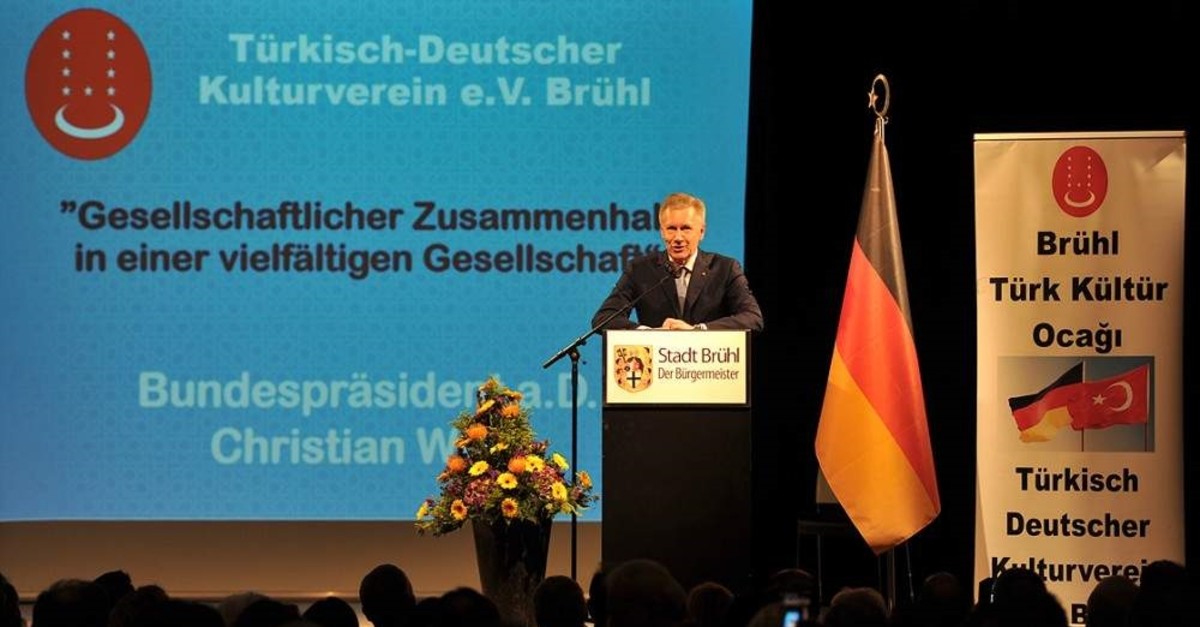 Islam belongs to Germany just like Christianity and Judaism, Germany’s former President Christian Wulff said during a meeting at the Turkish-German Culture Association in the German city of Brühl on Saturday.

Referring to a book with everyday stories about confrontations with foreigners he says that dialogue is essential to overcome differences. The people spreading racism stay in their social bubble, not wanting to meet with different-minded people so as to not challenge their prejudices.

“Sadly there’s another ‘Wind of Change’ 30 years later,” he said, referring to the fall of the Berlin Wall. “This goes in a direction of exclusion and gets so bad that hatred has become socially acceptable.” When recalling a speech during a ceremony to commemorate the Fall of the Berlin Wall he had said that Germany was a Christian-Jewish land and it should stay that way. But he stressed that Islam belonged to Germany as well. “We have 4 to 5 million Muslims in our land. Not only Muslims as individuals but together with their religion as a community they are a part of this country,” Wulff said.

“Germany has always been a multicultural country in the middle of Europe, we have grown and won due to this. We should never stray from this feature. We need it for our peace and tranquility.”

Christian Wulff served as the president of Germany from 2010 to 2012.