Thousands of people march in Brussels to protest violence against women 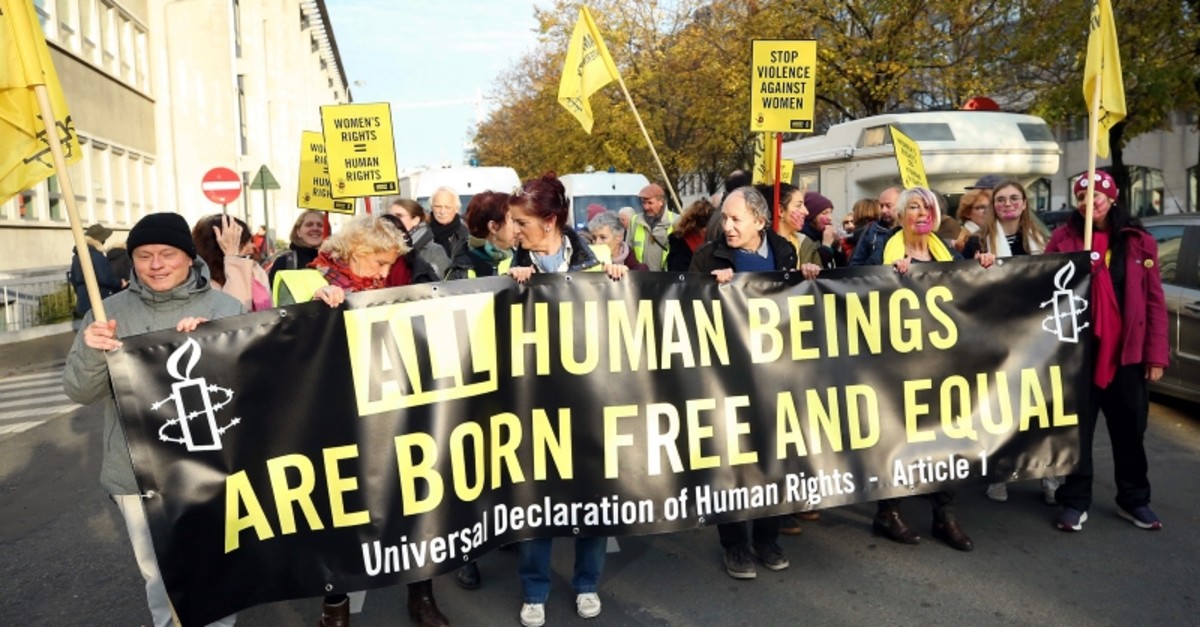 Around 10,000 people took part in a protest march in Brussels on Sunday calling for an end to violence against women, police said, a day after similar demonstrations in France and Italy.

The protesters in the Belgian capital paid homage to women killed by partners or ex-partners, then marched to the Palace of Justice where they placed pairs of red shoes as a symbol of femicide victims.

"Belgium is a very complex country with many levels of power; federal, regional and communal and all these levels of powers do little things to tackle violence against women. But the main thing we are demanding is a national plan," said Celine Caudron, one of the organizers of the protest.

"It is important to punish the perpetrators but what we want most is that the violence doesn't happen in the first place."

The marchers held up placards bearing messages such as "That's enough" and "Not one more life".

Also prominent were the names of the 22 women killed by men in Belgium this year.

Outside the law courts building the demonstrators set off alarms and made noise as a "protest against the silence" which surrounds the deaths of battered women.

According to Mirabal, a Belgium umbrella group of organization opposing violence against women, there have been 98 femicides in the country since 2017, a figure "which, in proportion to the population, is well above the average for European nations".

Tens of thousands marched in France and Italy on Saturday calling for an end to violence against women.

The marches came ahead of the UN-recognized International day for the Elimination of Violence Against Women on Monday.