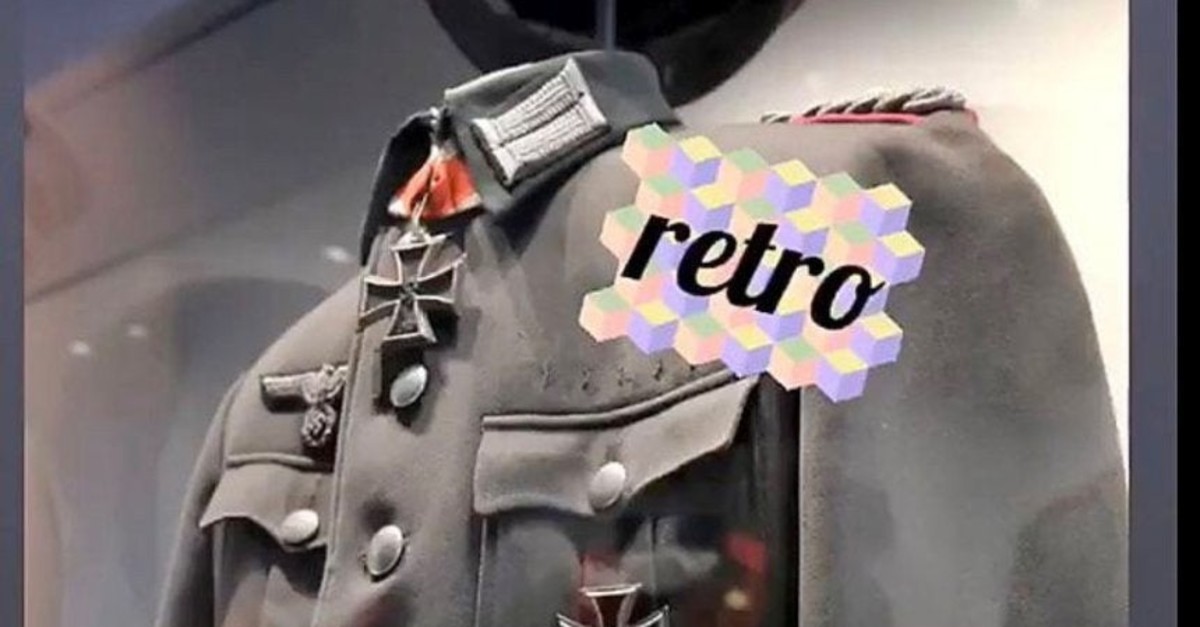 by Compiled from Wire Services Nov 27, 2019 7:10 pm
Germany’s Defense Ministry apologized Wednesday for an Instagram post about fashion by the military’s social media team which featured a Nazi-era uniform, complete with swastika-embossed medals, under the heading “retro.”
Spokesman Christian Thiels told reporters the quickly-removed post was “an unacceptable mistake for which we offer many, many apologies.”

The controversial photo appeared on Tuesday as part of a Bundeswehr Instagram story and was taken at the Military History Museum in Dresden.

It was captioned: "Fashion is also an aspect. To this day, there are military elements in haute couture." A brightly colored sticker with the word "Retro" also flashed over the photo.

The photo showed an apparent Wehrmacht uniform on display at the museum. Amongst other items attached to the piece of clothing are two iron crosses and an imperial eagle, all with swastikas on them.

But the museum said the uniform was not a genuine article from the Nazi era, but rather designed for a Hollywood movie.

Germany’s Bundeswehr military has recently undertaken a social media push to try to drum up interest.

Thiels said Wednesday the uniform pictured was a Hollywood costume, used for the Tom Cruise movie “Valkyrie”.
He said it appears to be “an extremely irritating case of thoughtlessness” rather than a neo-Nazi message, and promised consequences after an investigation.

Meanwhile, another spokesperson for the ministry told dpa: "Extremism of any kind is an absolute no-go in the Bundeswehr."