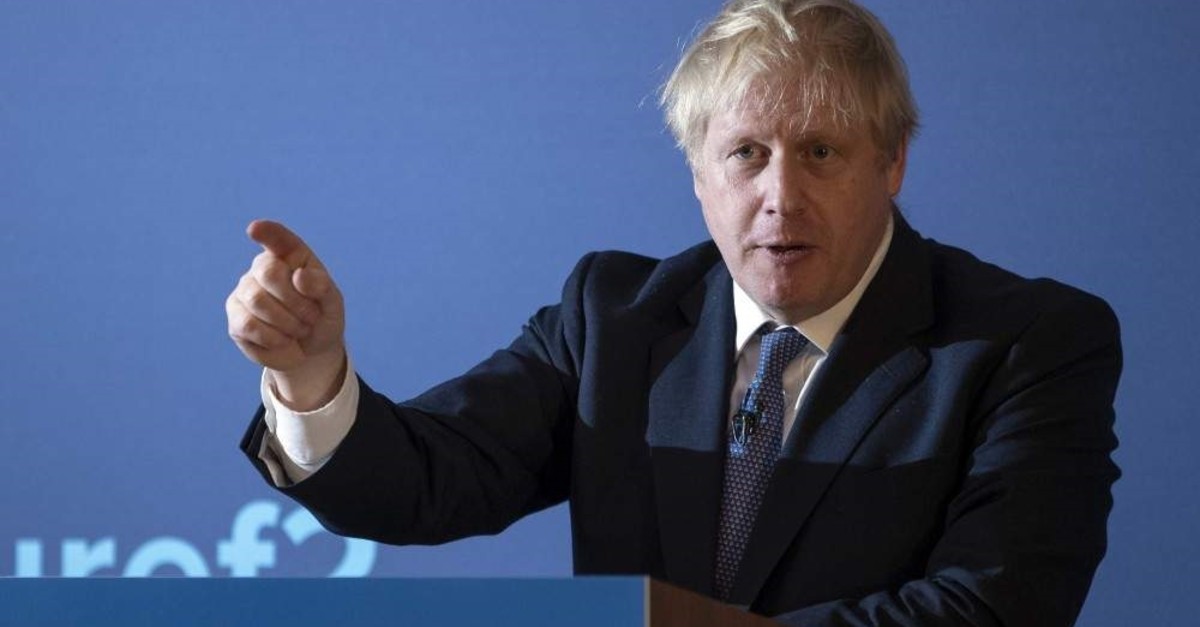 The U.K. has recorded a 375% increase in anti-Muslim attacks weeks after Prime Minister Boris Johnson’s racist remarks, which called veil-wearing women “letterboxes” and “bank robbers,” according to a report released in September by the civil society group Tell MAMA in September.
The anti-hate monitor reported in the same month that 38 hate attacks against Muslims were recorded in the following weeks after Johnson’s remarks were published in The Daily Telegraph in August, compared to eight incidents the week prior.

Finance Minister Sajid Javid said Tuesday the governing Conservative Party would hold an inquiry into Islamophobia within its ranks, saying it took criticism from the Muslim community seriously. He told a news conference in Manchester that the Conservative party would "never, ever, as a party, tolerate anyone amongst our ranks that has any kind of prejudice to any group of people whether based on their race, or their religion, or their gender. "Because some members of the Muslim community and others are saying, and I understand this, is there more that you can do, in your procedures as a party, to root out anti-Muslim hatred? That's why we will have an inquiry into what more we can do."
The MCB has repeatedly urged the Conservative Party leadership to tackle the issue of Islamophobia within the party and investigate Tories accused of Islamophobia. Racist comments by Tory party members and councilors have been found online, with some calling for the bombing of mosques and others making racist comments about London Mayor Sadiq Khan and former Tory Home Secretary Sajid Javid.
According to the report, it was the second-largest spike in anti-Muslim attacks, with the first one taking place in March 2018 when a British man sent “Punish a Muslim Day” letters across the U.K., urging people to commit violence against Muslims, detailing a point system for each action and a reward. The letter called on people to attack Muslims in the form of verbal abuse or physical assaults, for example by removing a woman's hijab or the headscarf, or by throwing acid on them.

The warning from the MCB followed Britain's Chief Rabbi denouncing Jeremy Corbyn over anti-Semitism in the opposition Labour Party. In what was arguably his most difficult day in the general election campaign so far, Corbyn faced a multitude of questions over Chief Rabbi Ephraim Mirvis’ damaging remarks in The Times newspaper.
The Labour leader has long been a champion of Palestinian rights and critical of the Israeli government. While voicing his disapproval of all forms of racism, including anti-Semitism, Corbyn declined repeatedly to apologize during a prime-time BBC interview for any anti-Semitism that has occurred in the Labour Party over the past few years.

The anti-Semitism controversy came to a head within Labour in February, when nine MPs quit the party, citing the leadership's handling of the issue. The ongoing questions about anti-Semitism have damaged traditionally strong ties between Britain’s Jews and the Labour Party, prompting many members to quit the party in disgust. Anti-Semitism is cited as one of the main reasons by many people as to why they won’t vote for Labour in the Dec. 12 general election.