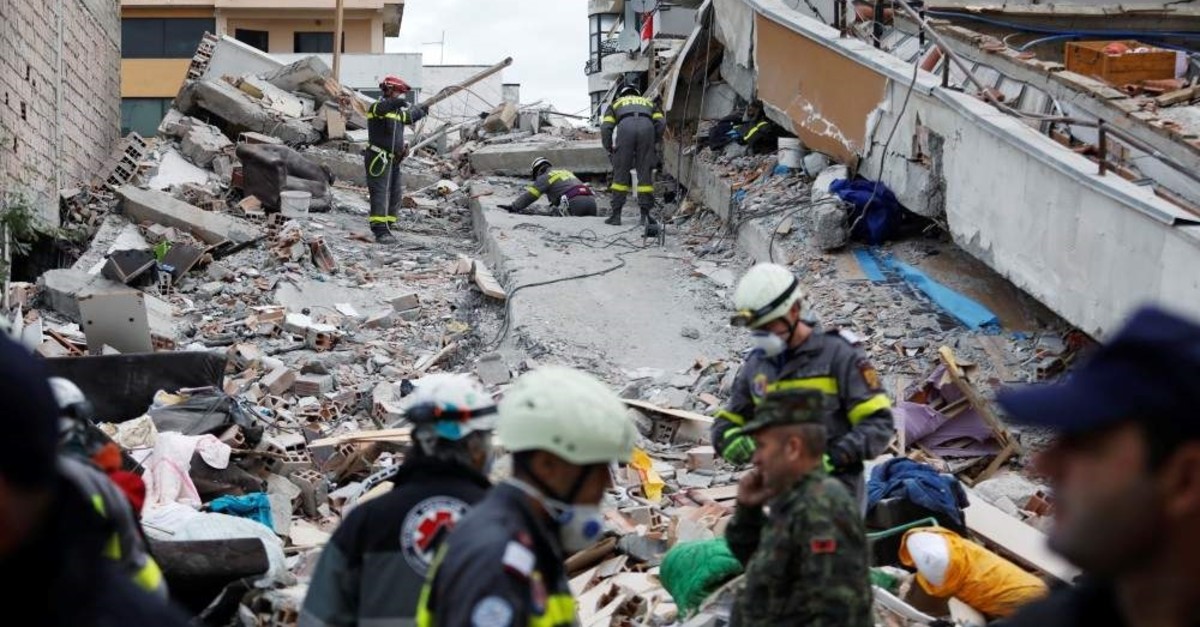 Hopes were fading yesterday of finding anyone else alive beneath the rubble of collapsed buildings in Albania, two days after a deadly quake struck the country's Adriatic coast, as the death toll increased to 40 after more bodies were pulled from the ruins. More than 650 people were injured in the 6.4-magnitude earthquake that struck before dawn Tuesday, which has been followed by hundreds of aftershocks, including several with magnitudes above 5.0, complicating rescue efforts. Turkey was the first country to deliver aid to earthquake victims, in cooperation with local authorities. Humanitarian teams from the Turkish Red Crescent and Disaster and Emergency Management Authority (AFAD) have provided a helping hand by pitching tents and carrying out other activities. Italy, France, Romania, Greece, Croatia, Montenegro, Kosovo and Serbia have also sent 200 specialized troops, tools and teams of tracker dogs to help the relief effort.

Authorities said search and rescue operations continued in the port city of Durres, 33 kilometers (20 miles) west of the capital Tirana, where three bodies were recovered overnight. Searching had stopped in the nearby town of Thumane, however, where no more people were believed to be buried in collapsed apartment buildings after six bodies were recovered from the rubble overnight. Authorities have warned residents not to return to any buildings that could have been damaged until engineers can check the structures for safety.