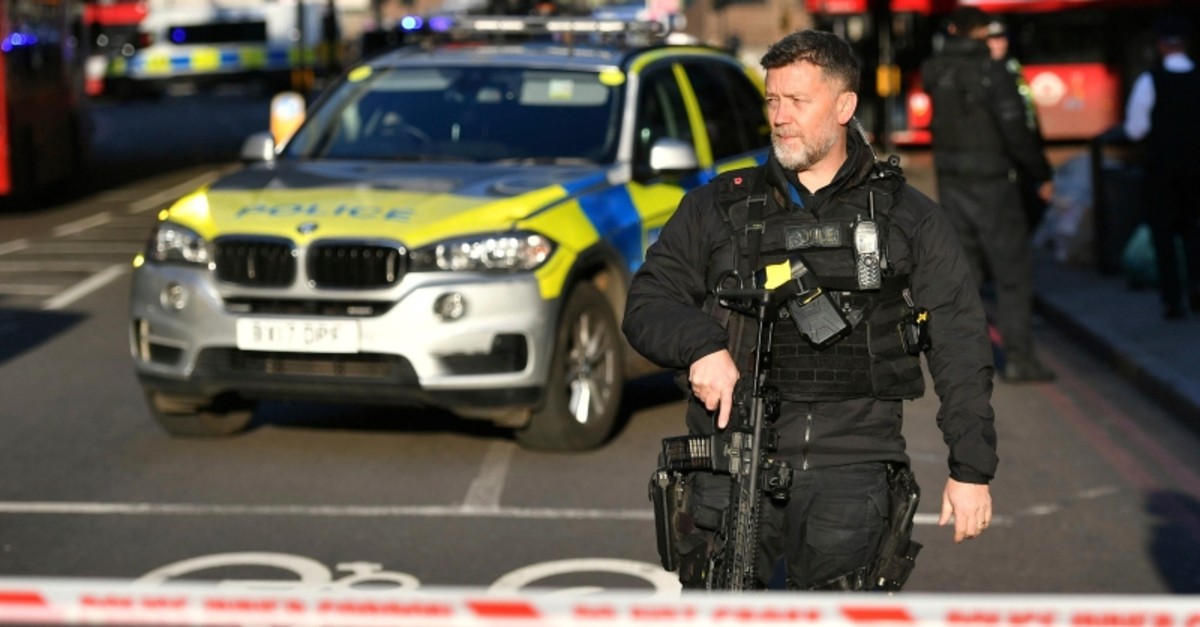 Police at the scene of an incident on London Bridge in central London following a police incident, Friday, Nov. 29, 2019. (AP Photo)
by Associated Press Nov 29, 2019 5:28 pm
British police say several people have stabbed near to London Bridge, and a man has been detained.
The news came after witnesses reported hearing gunshots in the area. Sky News reported that police had shot the apparent attacker.
The Metropolitan Police force said officers were called Friday afternoon “to a stabbing at premises near to London Bridge.”
They say “a man has been detained by police. We believe a number of people have been injured.”
BBC reporter John McManus was in the area and said he saw figures grappling on the bridge. He said: “I thought it was initially a fight,” but then shots rang out.
London Ambulance Service said it had crews on the scene.
Police could be seen ushering people away from the northern end of the bridge, which links the city’s business district with the south bank of the River Thames.
Cars and buses on the busy bride were at a standstill, with a white truck stopped diagonally across the lanes.
British Transport Police said London Bridge station, one of the city’s busiest rail hubs, was closed and trains were not stopping there.
City of London Police, the force responsible for the business district, urged people to stay away from the area.
London Bridge was the scene of a June 2017 attack when Daesh-inspired attackers ran down people on the bridge, killing two, before stabbing several people to death in nearby Borough Market.
In March 2017, an attacker fatally struck four people with a car on nearby Westminster Bridge then fatally stabbed a police officer before security forces shot and killed him in a courtyard outside Parliament
Last Update: Dec 20, 2019 2:02 am
RELATED TOPICS