19 killed as bus plunges onto frozen river in Siberia 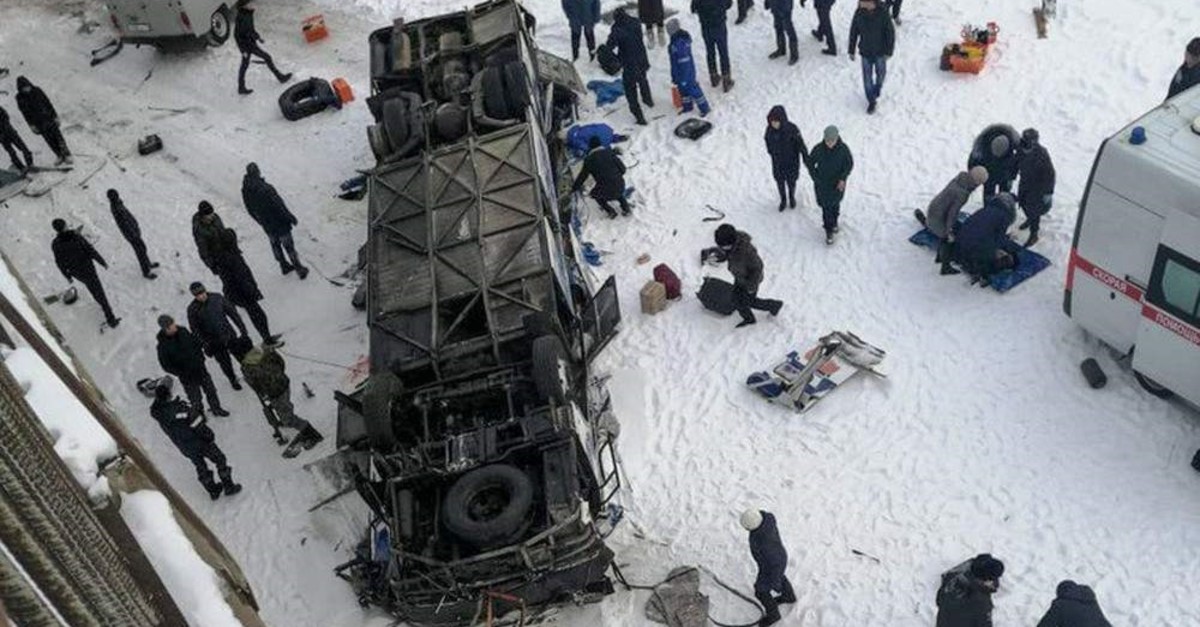 A photo obtained from the Instagram account of dtp38rus shows a bus crash site at Kuenga River, some 60 km from Sretensk, Siberia on Dec. 1, 2019. (AFP Photo)
by Compiled from Wire Services Dec 01, 2019 7:43 pm
A passenger bus plunged off a bridge onto a frozen river in Siberia on Sunday, killing 19 of the more than 40 people on board, authorities said.
A tire on the bus burst as it was crossing the bridge over the Kuenga river in eastern Siberia's Zabaikalsky region.
The vehicle, which was traveling from Sretensk to Chita, skidded off the road and onto the ice. The coach-style bus landed upside down on the ice, collapsing the passenger compartment.
"Nineteen people died and 21 received various injuries," the office of the governor of the Zabaikalsky region said in a statement.
Local media reported that the victims of the crash included children.
Two helicopters with medics were dispatched to the scene.
Russia's Investigative Committee, which probes serious incidents, said it had opened a criminal inquiry into a possible violation of traffic safety rules.
Road accidents are common in Russia, often due to alcohol, the poor state of roads and failure to observe traffic rules.
However, the number of road deaths has gone down in recent years, to around 20,000 per year.
Last Update: Dec 20, 2019 2:04 am
RELATED TOPICS