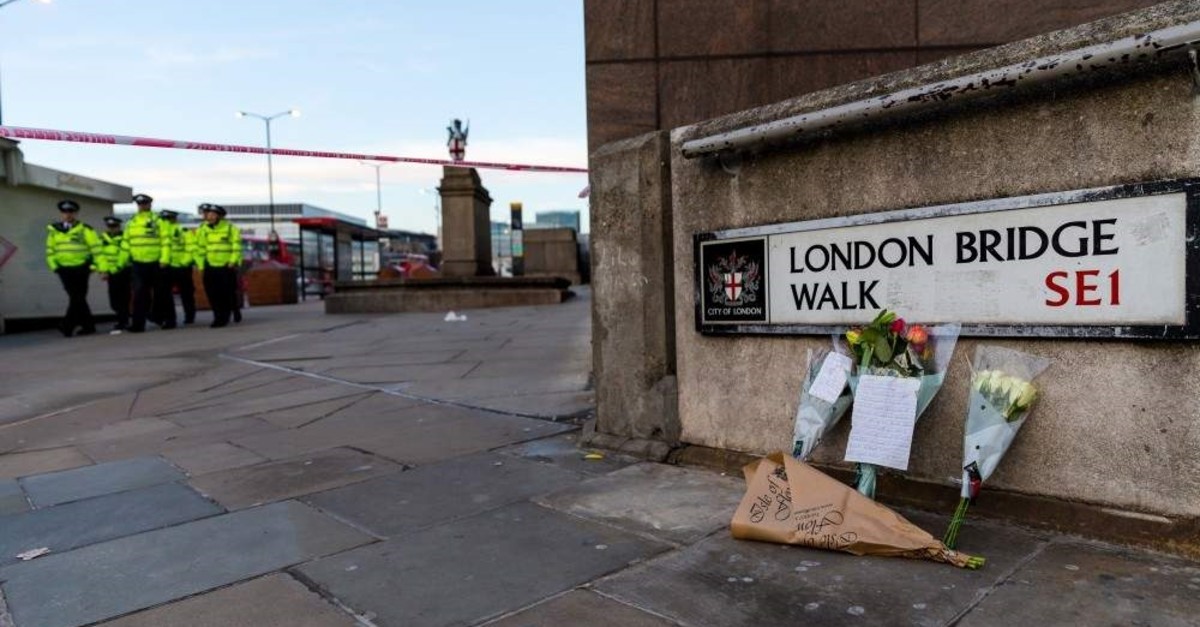 Less than two weeks before the general elections that will play a crucial role in Britain’s future, Prime Minister Boris Johnson vowed Saturday to review the country's sentencing system after a convicted terrorist was released early from prison and then stabbed two people to death on the London Bridge.

The attack was deemed as a failure of the Tory government’s sentencing system by the British media and is predicted to have an effect on the upcoming general election results on Dec. 12.

Deash on Saturday claimed responsibility for the stabbing attack.

Daesh's mouthpiece news agency, Amaq, said the man was their fighter and that he carried out the attack in response to calls for targeting citizens of the countries that formed an alliance fighting Daesh.

The attacker Usman Khan, who reportedly served time for a plot to bomb the London Stock Exchange, was released early from prison in December 2018, prompting a fierce debate about the practice. The Times newspaper said that he was still wearing an electronic ankle tag.

Khan had been conditionally released from jail last December after serving less than half of a 16-year prison sentence for terrorism.

"If you are convicted of a serious terrorist offense there should be a mandatory minimum sentence of 14 years - and some should never be released," Johnson said when visiting the scene of the attack on Saturday.

The latest attack came less than two weeks before Britain's general elections and thrust the issue of terrorism into the heart of the campaign.

Adding to the minimum 14-year sentences for serious terrorist offenses Johnson also announced to scrap early release if he wins a majority in the general elections.

But Labour leader Jeremy Corbyn appeared to raise doubts about the Tories' handling of the parole and wider justice system in light of the attack.

"We need to investigate fully the way all aspects of the criminal justice system operate," he said, branding the London Bridge incident "a complete disaster."

The former head of Britain’s National Counter Terrorism Security Office, Chris Phillips, said it is unreasonable to ask police and security services to keep the country safe while at the same time letting people out of prison when they are still a threat.

Metropolitan Police Assistant Commissioner Neil Basu stated that five people had been stabbed inside Fishmonger's Hall by London Bridge before members of the public pursued the attacker. Two were killed and three injured; the three survivors remain in the hospital.

Basu added that Khan had been released under "an extensive list of license conditions" with which he had previously been complying.

The incident comes two years after extremists in a van plowed into pedestrians on London Bridge before attacking people at random with knives in nearby Borough Market.

On that occasion, eight people were killed and 48 wounded before the three attackers, who were wearing fake suicide devices, were shot dead by police.