Tensions soar in Malta amid protests against PM 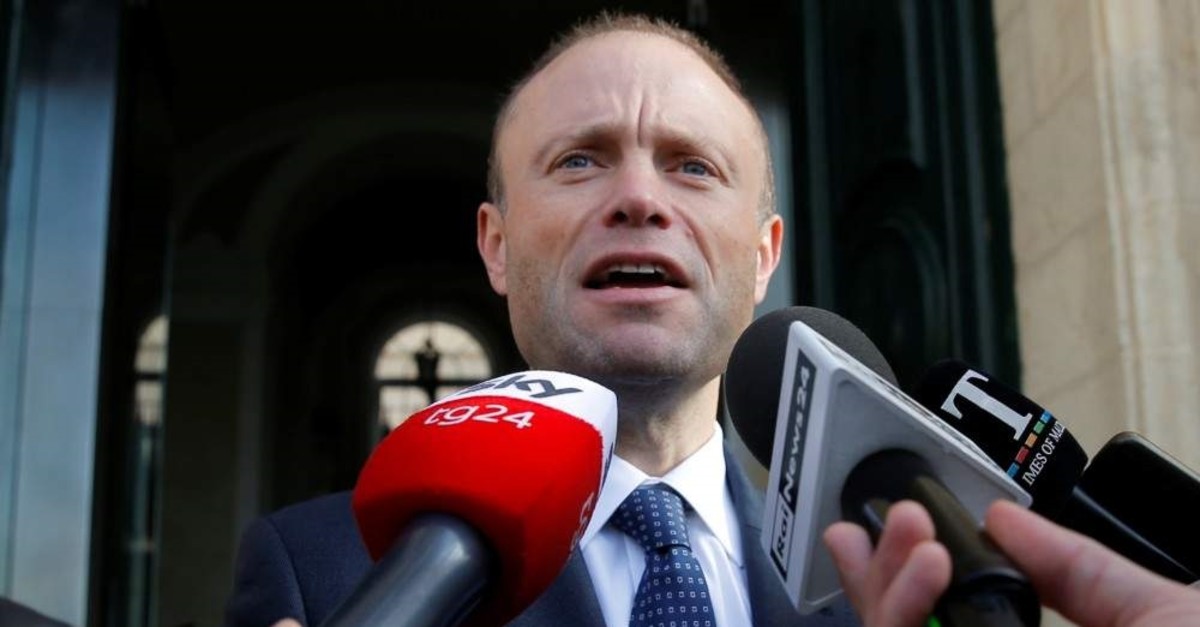 Malta's Prime Minister Joseph Muscat talks to the media as he arrives at his office at Auberge de Castille, Valletta, Dec. 2, 2019. (Reuters Photo)
by Compiled from Wire Services Dec 03, 2019 6:04 pm

Some 4,000 angry protesters in Malta who want the prime minister to immediately step down briefly blocked him and his party’s lawmakers from leaving Parliament on Monday, amid high public pressure over an investigative journalist’s car-bomb murder. Police prevented anti-government demonstrators gathered near the Parliament’s entrance – some of whom were shouting “Prison!” and “Assassins!” – from any surge forward, and Prime Minister Joseph Muscat was able to leave from a secondary exit.

The country’s main opposition Nationalist Party announced a boycott of Parliament for as long as Muscat remains in power. Nationalist lawmakers left the building tossing fake currency bills in the air Monday. The fake money has been used by protesters as a symbol of corruption.

Muscat, who has come under fire over his handling of the probe into the investigative blogger's slaying two years ago, said Sunday he would step down after his replacement is chosen in January. But the Labor leader's decision to hang on for six weeks has angered those who say he should resign immediately over allegations he obstructed justice by protecting high-profile politicians implicated in the murder.

Caruana Galizia, a mother of three described as a "one-woman WikiLeaks," was blown up in a car bomb attack near her home in October 2017. The investigation into her murder has rocked the Mediterranean island, reaching the highest echelons of government.