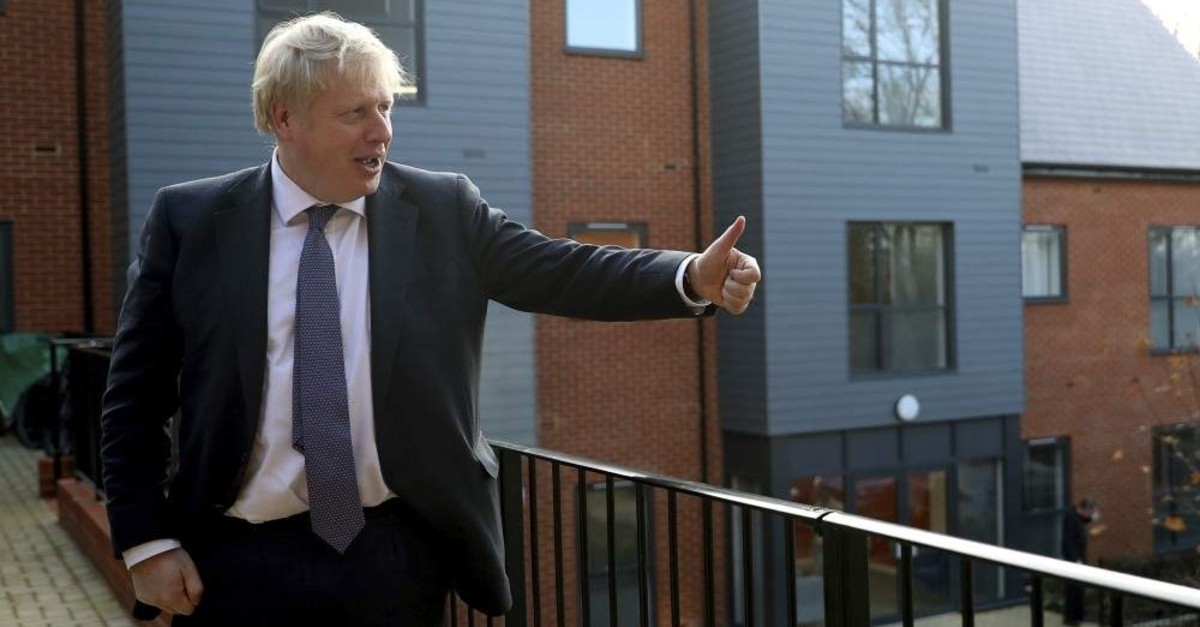 Britain's Prime Minister Boris Johnson visits a veterans center as part of his general election campaign, Salisbury, Dec. 3, 2019. (AP Photo)
by Daily Sabah with Reuters Dec 03, 2019 4:05 pm
British Prime Minister Boris Johnson's Conservatives have increased their lead over the opposition Labour Party slightly over the last week to 12 points, a survey by Kantar showed Tuesday ahead of next week’s election.
The poll put support for the Conservatives at 44%, up one point from a week earlier, while Labour was unchanged at 32%. The pro-European Union Liberal Democrats were up one point to 15%, while the Brexit Party was down one point and at 2%. Kantar surveyed 1,096 people online between Nov. 28 and Dec. 2.
The Dec. 12 general election will arguably be one of the most important political events that the U.K. will experience, and a recent poll showed that the result may depend entirely on different factors than usual party affiliations. Facing a serious challenge, Prime Minister Johnson needs to secure a majority if he intends to get on with Brexit by the end of January 2020.
A YouGov survey found that 86% of Britons who will vote in the general election see themselves as "leavers" or "remainers" on the Brexit question. All 650 seats are up for grabs in the House of Commons. The Conservatives currently have 298 seats, as opposed to the Labour’s 243. Conservatives fear that voter support for Nigel Farage’s Brexit Party could potentially prevent them from winning closely contested seats, risking the party’s chances of obtaining an overall majority in the House of Commons.
Last Update: Dec 20, 2019 2:07 am
RELATED TOPICS