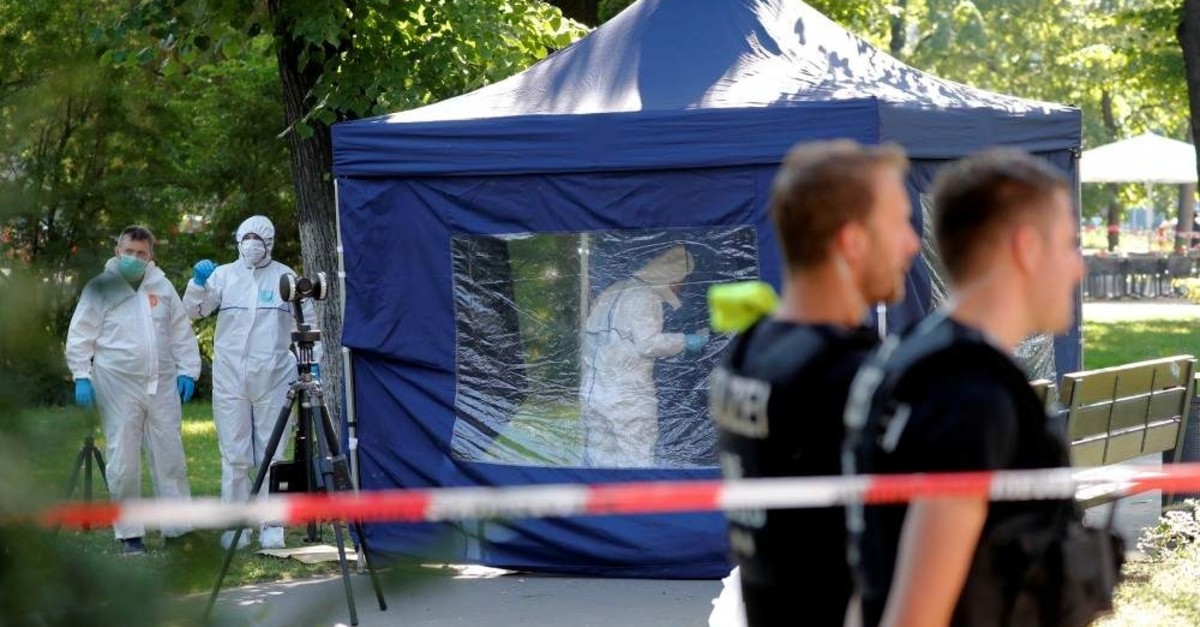 Police officers investigate a crime scene in Berlin, Germany, Aug. 23, 2019, after a cyclist shot at a man in the Moabit district. (Reuters Photo)
by Compiled from Wire Services Dec 04, 2019 3:23 pm

Germany expelled two Russian diplomats after prosecutors announced possible Moscow involvement in the slaying of a Georgian man in Berlin, pointing at Moscow's refusal to cooperate in the investigation.

The Russian Foreign Ministry promptly denied that the Russian government had been involved in the murder.

"The foreign ministry has today declared two employees of the Russian embassy in Berlin as personae non grata with immediate effect," the ministry said in a statement.

"Despite repeated high-ranking and persistent demands, Russian authorities have not cooperated sufficiently in the investigation into the murder," it said.

Federal prosecutors in charge of intelligence cases earlier Wednesday said they had taken over the investigation from Berlin authorities.

"There is sufficient factual evidence to suggest that the killing ... was carried out either on behalf of state agencies of the Russian Federation or those of the Autonomous Chechen Republic," the prosecutors said.

Zelimkhan Khangoshvili, who had previously fought alongside anti-Moscow separatists in Chechnya, was shot twice in the head in a central Berlin park in August as he was heading to a mosque. Shortly afterward, a Russian man was arrested. The suspect was riding a bicycle and was seen by witnesses afterward throwing the bike and a stone-laden bag with a gun into a river.

Asked about allegations of Russian involvement before reports of the diplomatic expulsions broke, Kremlin spokesman Dmitry Peskov told reporters on a conference call on Wednesday that Russian authorities had nothing to do with the murder.

"This is absolutely groundless speculation. This topic is being somehow whipped up by German media, but this does not mean that this is how things are,” Peskov said.

Allegations of Russian involvement could potentially damage Russia's ties with Germany and the West that are already strained over an array of issues including the poisoning of a former Russian spy and his daughter in southern Britain last year.

German Chancellor Angela Merkel is due to meet Russian President Vladimir Putin at a Paris summit on the conflict in east Ukraine next week.