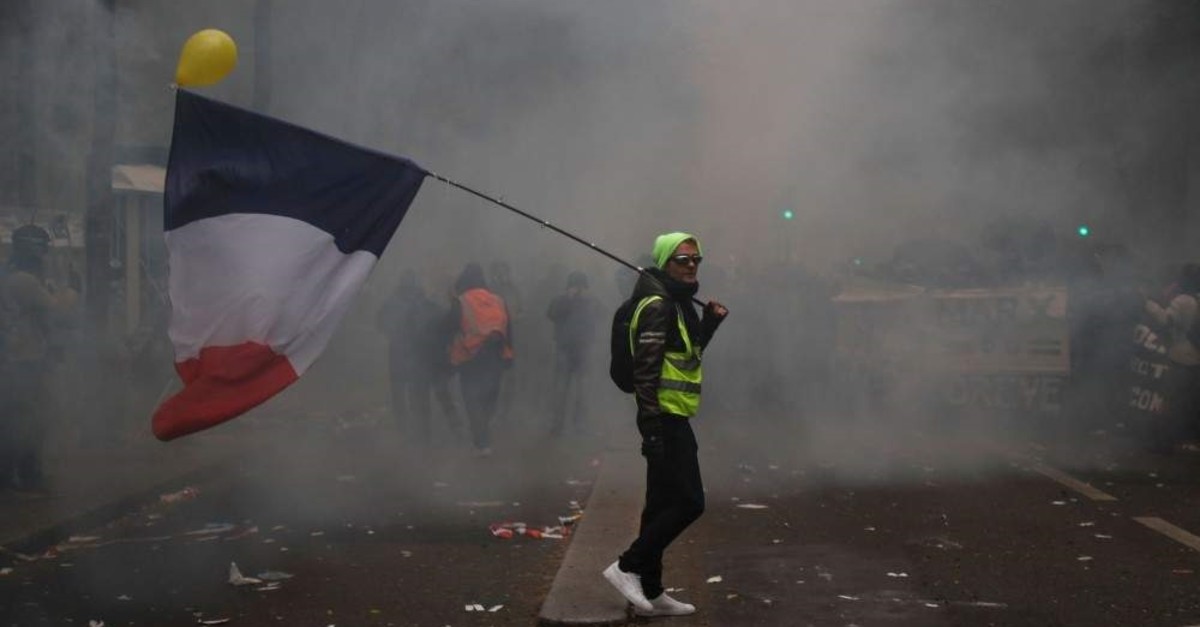 The nationwide strike that gripped France, immobilizing the country’s public transport and closing schools, continues with trade unions saying they plan to keep up the pressure. French President Emmanuel Macron, meanwhile, is still determined to push through reforms and remodel the French economy. Strikers around the country called for mass protests for Tuesday, which would be an opportunity for new groups of workers to join in, CGT Trade Union Federal Secretary Catherine Perret said. "What the government needs to realize is that we too are determined and we intend to make this a long-term movement," the head of the FSU public sector union, Bernadette Groison, added after a coordinating meeting.

France has been dragged into a state of chaos because of the Macron government’s planned reform on pensions, with hundreds of thousands taking to the streets starting Thursday. It remains to be seen whether the protests will reach the magnitude of the 1995 strikes against pension overhauls, when the country was paralyzed for three weeks in a successful attempt at diverting former President Jacque Chirac’s government from its policy. As Macron is determined to push the reform through and unions aren’t backing down, the following weeks will test Macron's government as it faces a similar challenge to that of Chirac's in 1995. The outcome appears to depend on who gives in first. The unions risk losing public support if the movement lasts too long, and the government fears losing its voters that could side with the unions and blame officials and general inefficiency for the standoff.

On Friday, many employees were unable to get to work and several schools again provided only daycare, though fewer teachers were on strike compared to Thursday. French rail operator SNCF announced the cancellation of 90% of high-speed TGV train rides. Multiple airlines, such as Air France, EasyJet and Ryanair, dropped planned flights. Rail workers voted to extend their strike through Friday, while labor unions at the Paris bus and metro operator RATP said their walkout would continue until Monday. An announcement came Friday from Health Minister Agnes Buzyn claiming that the government had "heard" the protesters' anger and would meet with union leaders to discuss the reform on Monday. Buzyn told Europe 1 radio that ‘’there is indeed a discussion going on about who will be affected, what age it kicks in, which generations will be concerned – all that is still on the table."

According to unions, Macron’s universal pension system would eliminate dozens of separate plans for public workers and ultimately force millions of French workers in both public and private sectors to work beyond the legal age of retirement of 62. The government insists that a single system will be fairer for everyone and ensure financial viability while acknowledging that people will gradually have to work longer.

The nationwide reaction has become the latest on Macron’s record following months of protests from teachers, hospital workers, police and firefighters as well as the "yellow vest" movement demanding improved living standards. The government’s deepest concern seems to be the possibility of these events snowballing into a continuation of the yellow vest movement by reigniting it.

French police used similar tactics Thursday afternoon as when they used tear gas against protesters in central Paris on the yellow vest anniversary. Union leaders have made it clear that the dozens arrested for violence are not affiliated with the trade union movement. Police said 65,000 people marched in Paris on Thursday, while 806,000 took part in protests nationwide, though union leaders put the numbers as much higher.