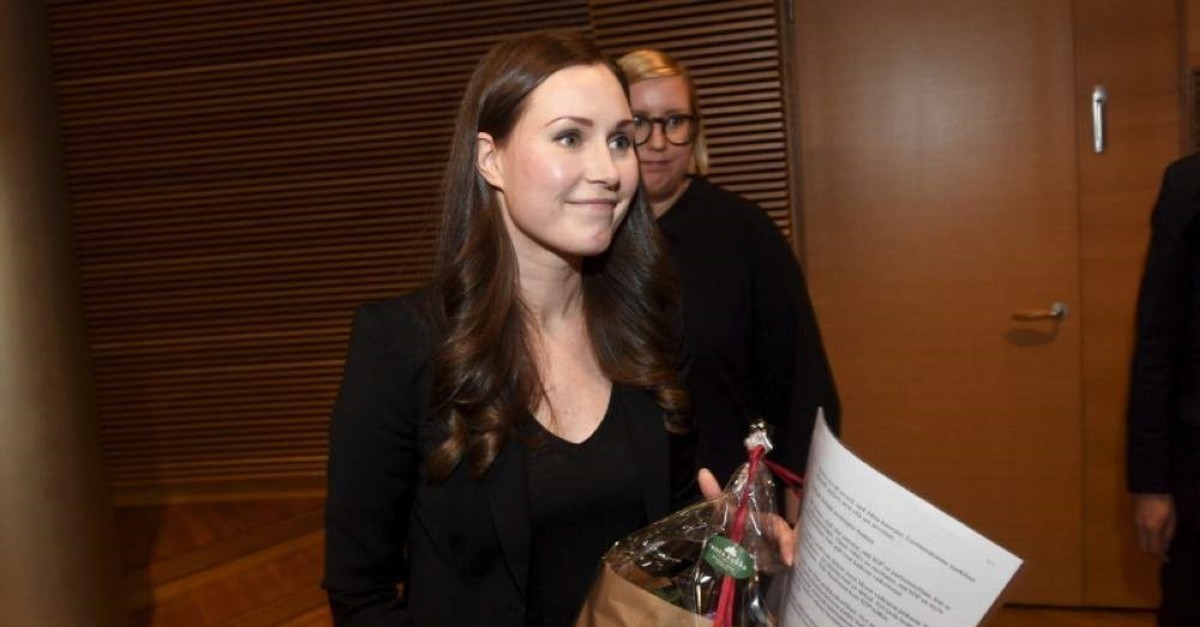 Finland's Social Democrats elected Sunday a 34-year-old former transport minister to the post of the prime minister, making her the youngest head of government in the world's history.

Sanna Marin narrowly won Sunday's vote to replace outgoing leader Antti Rinne, who resigned Tuesday after losing the confidence of the coalition partner Centre Party over his handling of a postal strike.

"We have a lot of work to do to rebuild trust," Marin told reporters on Sunday night while deflecting questions about her age.

"I have never thought about my age or gender, I think of the reasons I got into politics and those things for which we have won the trust of the electorate."

At 34, Marin also becomes one of the world's youngest state leaders, ahead of Ukraine's prime minister Oleksiy Honcharuk, who is currently 35.

"We have a shared government program which we have committed to," Marin said.

The SDP won April's legislative elections on promises to end years of economic belt-tightening introduced by the Center Party to lift Finland out of a recession.

Rinne stepped down after several weeks of political crisis over a plan to cut wages for 700 postal workers.

Finland's postal service withdrew the reform plans in November after widespread strikes, but questions emerged over whether or not Rinne had previously endorsed the cutbacks, leading to the Center Party declaring it had lost its trust in the prime minister last Monday.

Parliament is expected to formally swear in the new prime minister on Tuesday.