At least 6 dead in hospital shooting in Czechia 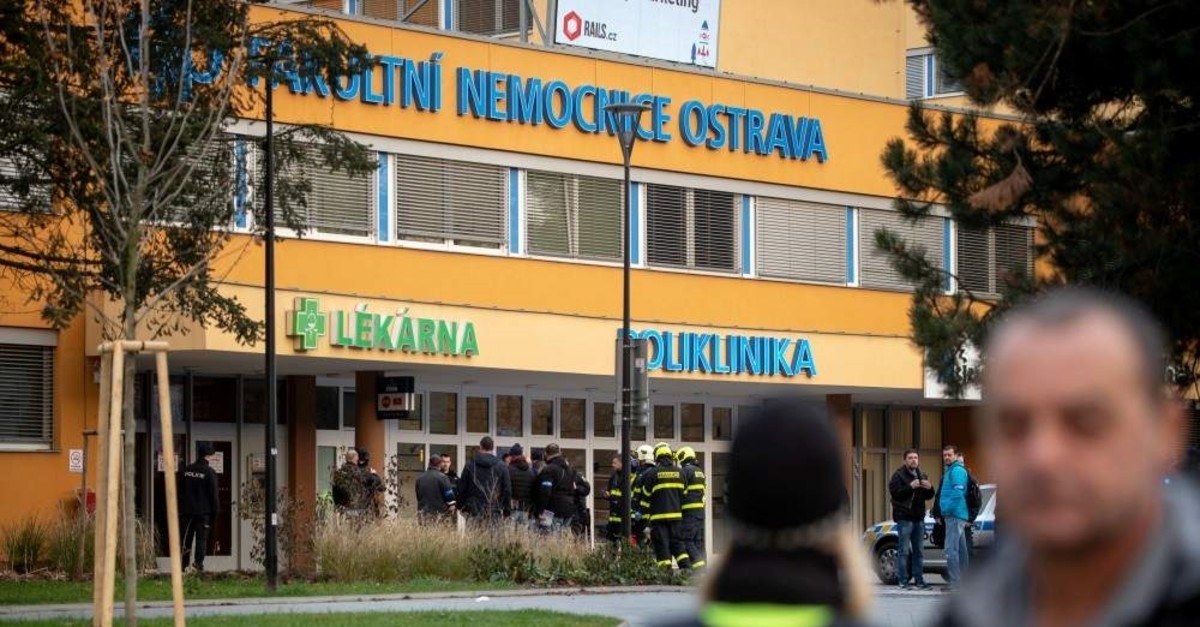 Police officers stand guard near the site of a shooting in front of a hospital in Ostrava, Czechia, Dec. 10, 2019. (Reuters Photo)
by Compiled from Wire Services Dec 10, 2019 11:28 am
At least six people were killed in a shooting in a hospital in eastern Czechia, police and officials said Tuesday.
Health Minister Adam Vojtech said at least six people were killed in the shooting, which happened in a university hospital in the city of Ostrava, located 350 kilometers east of Prague.
Officials say the shooter is still at large, but police said on Twitter they were searching for the attacker.
A hospital director told Czech Television the number of casualties could still rise.
The shooting happened after 7 a.m., Interior Minister Jan Hamacek told Reuters.
Last Update: Dec 20, 2019 2:16 am
RELATED TOPICS