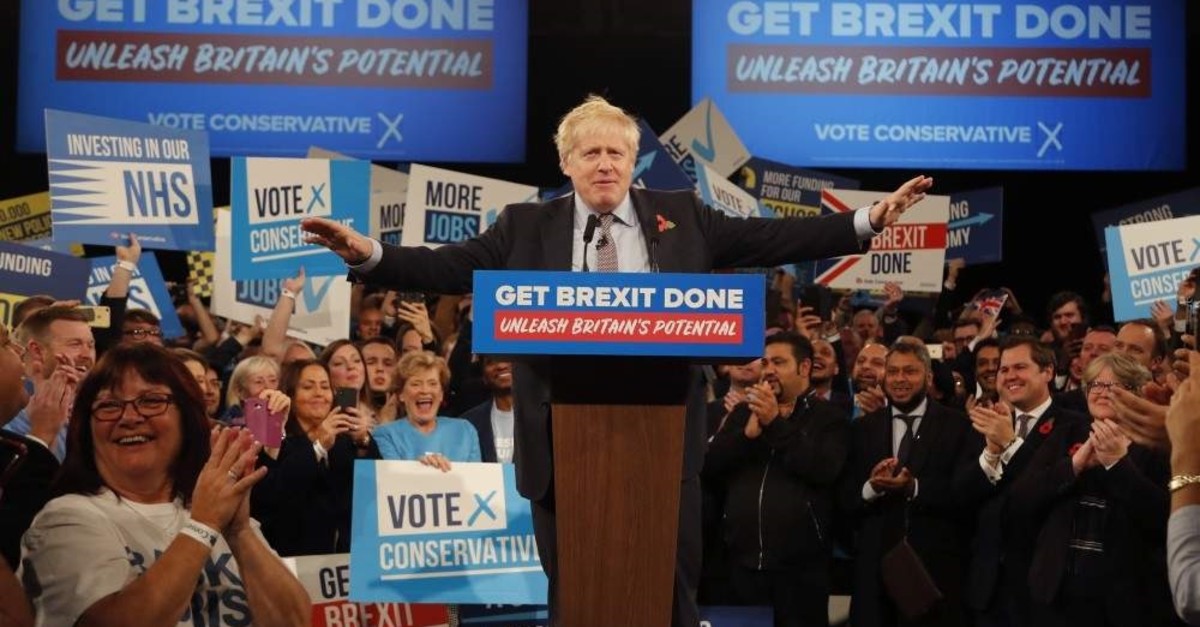 British snap elections, which have been dominated by Brexit, are now marked by the growing strains on the country's health services as many Britons suffer from deteriorating conditions in hospital treatment

On the eve of Britain’s snap general election, the country’s National Health Service (NHS) emerged as a challenge on the tail end of a British election campaign that has largely focused on the promise of resolving a three-year deadlock over the U.K. exiting the EU.

A photo of a sick boy sleeping on a hospital floor due to a lack of available beds has become one of the defining images of Britain’s bruising election campaign. It forced Prime Minister Boris Johnson onto the defensive and ignited a fierce online debate over whether it was real or fake.

The boy, 4-year-old Jack Williment-Barr, had been admitted to Leeds General Infirmary last week with suspected pneumonia. He was eventually diagnosed with flu and tonsillitis and then discharged, but not before he was photographed lying on the floor cushioned by a coat with an oxygen mask nearby. A red coat served as his blanket.

The story was splashed across Monday's front page of the left-leaning national tabloid Daily Mirror, including the photo of Jack in his Spider-Man top under the headline, “Desperate.” The focus on the NHS has intensified after Johnson's initially dismissive response to the photo. The subsequent posts swept through British social media like a firestorm, injecting an unpredictable and explosive jolt into the intensifying political war of information just days away from the election.

The unpublished survey by two NHS doctors found 5,449 patients had died over the past three years after waiting six to 11 hours for a hospital bed at accident and emergency units, The Guardian reported. The doctors analyzed the care received by more than 4 million people who had used hospital emergency services since 2016, the newspaper said.

The tension over health services could still affect voting in Thursday’s election. A major polling forecaster slashed its prediction for Johnson's majority in the general election, saying the race has tightened and the prime minister can no longer be sure of victory. YouGov – which accurately predicted the outcome of the last election two years ago with an elaborate survey that estimates the outcome in individual constituencies – cut its forecast for Johnson's likely majority by more than half. Two weeks ago it had predicted a majority of 68, and now, 28 seats. Possible outcomes still range from a landslide victory for Johnson's Conservatives to a hung parliament with no party in control.

The Dec. 12 election has been described by all parties as Britain's most important election in recent memory, with Johnson calling for a big majority so he can swiftly pull Britain out of the EU. The main opposition Labour Party promises a new referendum for Brexit as well as the renationalization of utilities and railroads in its most left wing platform for decades. Johnson called the snap election to break what he said was the paralysis of Britain's political system after more than three years of crisis over how, when or even if to leave the European Union.