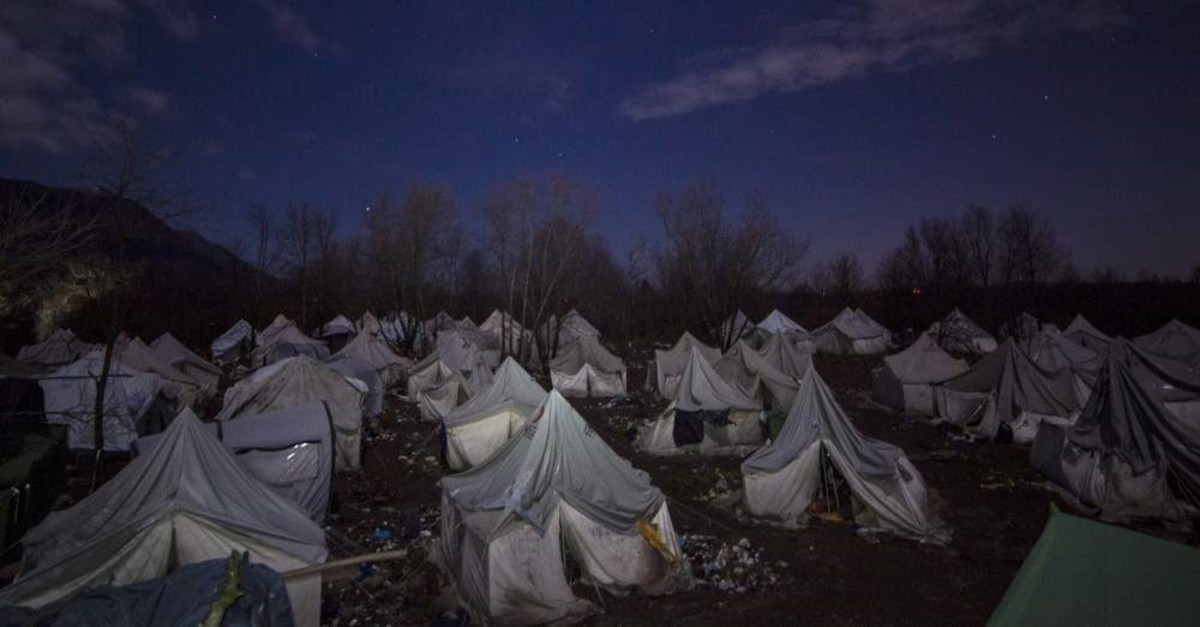 Bosnia has started dismantling tents at a makeshift migrant camp known as the "jungle" for its brutal conditions, after transferring hundreds of people to Sarajevo.
Rights groups heavily criticized the Vucjak camp, where migrants slept in tents with no heating, running water or proper toilets, ever since local authorities opened it in June, in an area near the Croatian border that still has landmines from the 1990s war.
After the first snowfall last week, a Council of Europe official warned that the camp was on the verge of a humanitarian crisis and that deaths could be imminent.

Bosnian authorities began bussing migrants out on Tuesday, bringing them to sites near Sarajevo, far from the Croatian frontier they hope to cross to enter the EU. Media were barred from observing the proceedings but seven buses were seen leaving the area.

While migrants protested the conditions in the Vucjak camp, including staging a 3-day hunger strike last week, they opposed being moved away from Bosnia's border with Croatia.
Migrants have amassed near the northwestern section of the country’s border with Croatia for the past three years, hoping to cross illegally from Bosnia into the neighboring EU country and travel on to western Europe.
The new camp is located some 300 kilometers (185 miles) away from Bihac. Police had cautioned migrants against engaging in violence to stop the move, warning officers were prepared to use force.