One dead, 15 injured after explosion in Germany's Blankenburg 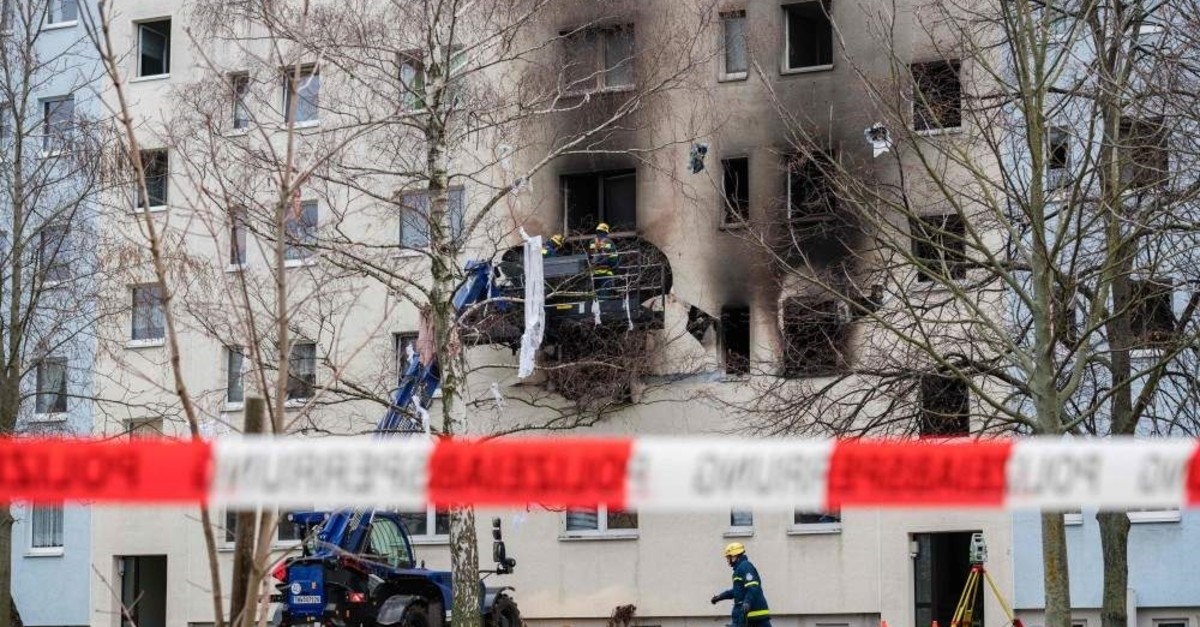 Rescue workers from the ,Federal Agency for Technical Relief (THW), work at a damaged apartment building after an explosion in Blankenburg, eastern Germany on December 13, 2019. - One person was killed and at least 11 were injured in an explosion at a residential building in the German city of Blankenburg, authorities confirmed. (AFP Photo)
by Dec 14, 2019 10:43 pm

An explosion in an apartment building has left one person dead and 15 injured in the German town of Blankenburg on Friday, police said.

The body of the victim has not yet been identified, police said on Saturday. Investigators had previously said that a 78-year-old tenant may have died.

Emergency responders found several liquid gas containers and heating devices that use gas in the flat, according to police. The explosion may have been caused by one of the gas containers. The apartment building was not connected to gas for heating, according to Mayor Heiko Breithaupt. There were no indications that explosives were in the house, police representative Frank Goetze told journalists.

Police had initially said that at least 25 people were injured but later revised that number. One of the victims was seriously injured with burns, Breithaupt said. Three emergency responders suffered from smoke inhalation.

The large explosion happened shortly before 9 a.m. on Friday. The building is on the edges of the central German town, which is located near the Harz Mountains. The building was evacuated. Experts were due to assess its structural integrity on Friday, with district fire chief Kai-Uwe Lohse saying that its slabs had "shifted."

Large parts of the surrounding area were cordoned off by police. Numerous police and fire brigade officials were on the scene, with helicopters circling over the health resort town. A nearby daycare center was evacuated, with around 100 children unharmed, police said. They were moved to other facilities, according to the daycare center.

A photograph shared by police on Twitter showed soot marks stretching up the facade of the five-story building and smoke pouring out of a first-floor flat. Photos posted online by the fire brigade also showed flames inside one apartment.

A house across the street was left with cracked windows, while cars parked on the street also appeared to have sustained significant damage.

"I was sitting in the kitchen and heard a big bang," a 63-year-old resident of the area told dpa, saying that a pen she was holding fell out of her hand. She then heard a man call for help.