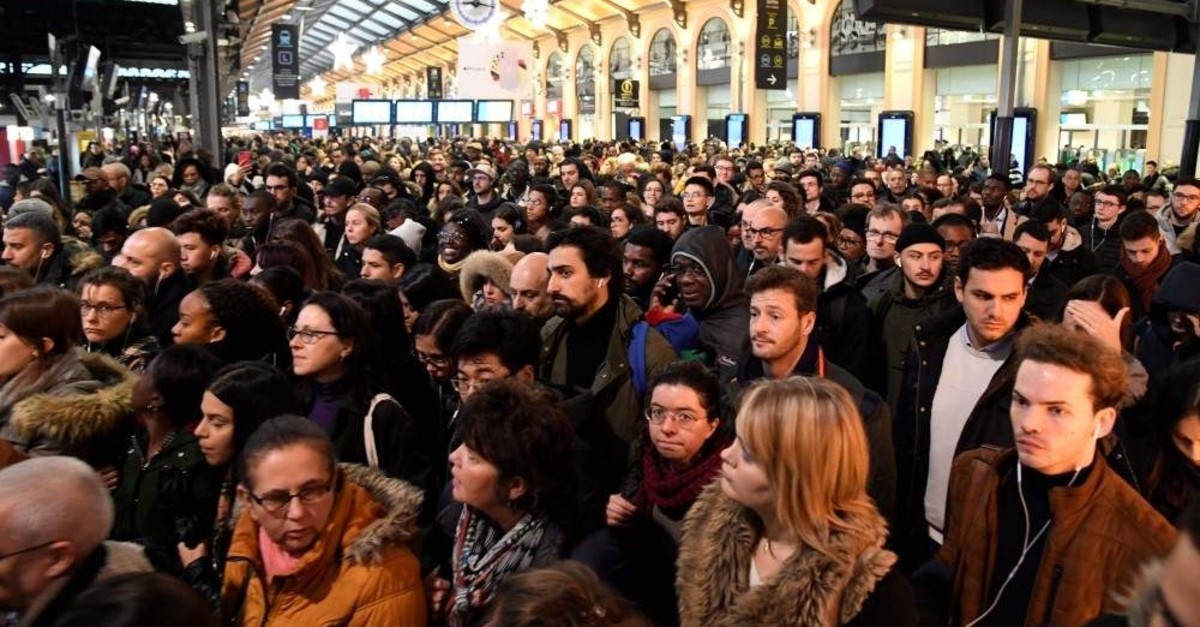 French commuters endured a 12th day of misery on Monday, as the government and unions traded blame for a crippling transport strike that has put holiday travel plans in jeopardy across the country, as protests against President Emmanuel Macron's attempted pensions reforms continue. Some 630 kilometers of traffic jams clogged Paris and its suburbs during the morning rush hour, nearly double the average levels, as most metro lines were again closed or operating on just a handful of trains. Across France, just one in three high-speed TGV trains and one in four regional trains were running, although no cities have been hit as severely as the capital. Rail operator SNCF has already warned that unless the strike ends in a few days, it will not have time to get services back to normal by Dec. 25.

Unions plan a fresh day of mass demonstrations on Tuesday and insist the government must abandon its attempted pension reforms which they claim could force millions of people to work longer until retirement. Mass walkouts are again expected by teachers, hospital workers and other public employees as well as by lawyers protesting over plans to introduce a single pension system that would do away with the 42 separate pension plans currently on offer. The government has said it is willing to negotiate, in particular, a "pivot age" of 64, that would grant rights to a full pension, but has defended President Macron's wide-reaching drive for reform.