France's unions, Macron refuse to back down over pension reforms 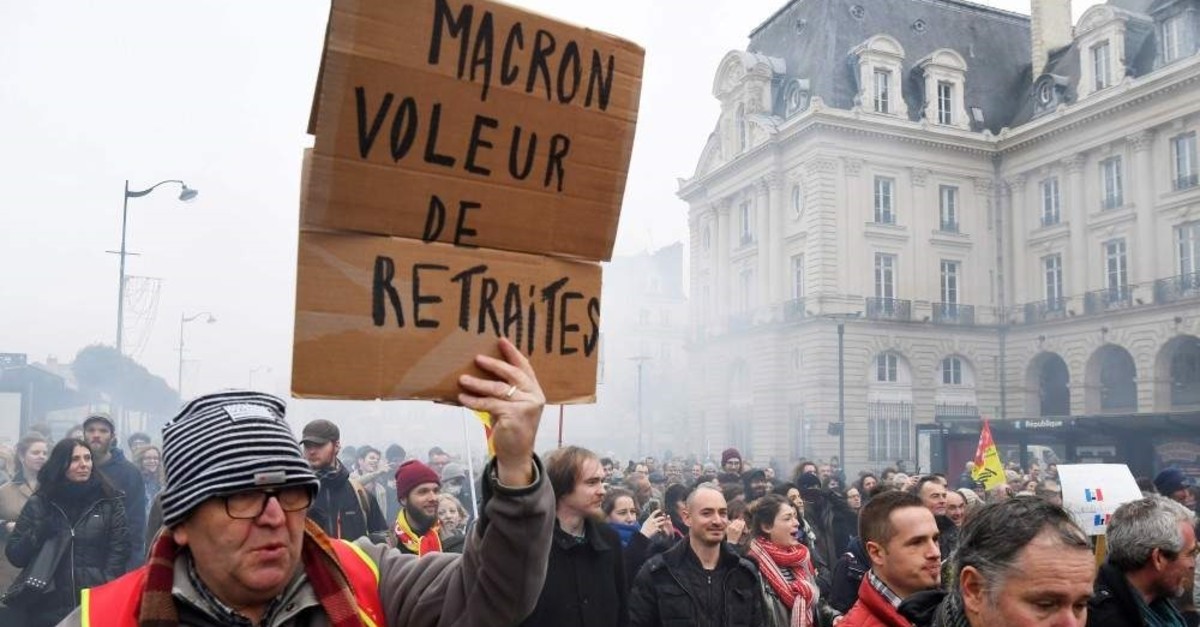 Defying weeks of nationwide protests, French President Emmanuel Macron, while keen to make progress in talks with unions, is still determined to push through with his pension reform plans. Unions have refused to backing down on Macron’s reforms. The outcome appears to depend on who gives in first. A day after nationwide protests, Macron's office on Wednesday said the government was talking with unions in order to put a halt to transport strikes in time for the Christmas holidays.

Meanwhile, France's warring trade unions defended their decision to cut power to thousands of homes, companies and even the Bank of France to force a weakened government to drop its wide-ranging pension reform attempts. Asked on French radio whether the power cuts, illegal under French law, weren't a step too far, Philippe Martinez, head of the hardline CGT union, said the cuts were necessary in order to force Macron to back down.

Macron's transport minister condemned the power cuts, which hit at least 150,000 homes on Tuesday according to the French power grid, and said the government would ask the grid company to file complaints. "I hear they're cutting power to CAC 40 companies, prefectures, shopping malls. That's already rather questionable," Elisabeth Borne said, referring to an index of blue chip companies on the French stock market. "But clinics, metro stations, fire brigades and thousands of French people also saw power cuts. This is far from normal ways of striking," she said.

The hardening union tactics came just as Macron was forced to change the lead negotiator for the reform, naming a lawmaker from his party to replace pensions tsar Jean-Paul Delevoye, who resigned following accusations of conflicts of interest.

The power cuts added to a sense of chaos in the second week of nationwide strikes that have crippled transport, shut schools and brought more than half a million people onto the streets. Macron wants to turn the myriad of French pension systems into a single points-based one. That would force employees at state-backed companies such as the national railways company SNCF or power utility EDF, who currently enjoy more generous pension plans than private-sector workers, to work longer.

The nationwide reaction has become the latest on Macron’s record following months of protests by teachers, hospital workers, police and firefighters as well as the yellow vest movement demanding improved living standards. The government’s deepest concern seems to be the possibility of these events snowballing into a continuation of the yellow vest movement by reigniting it.