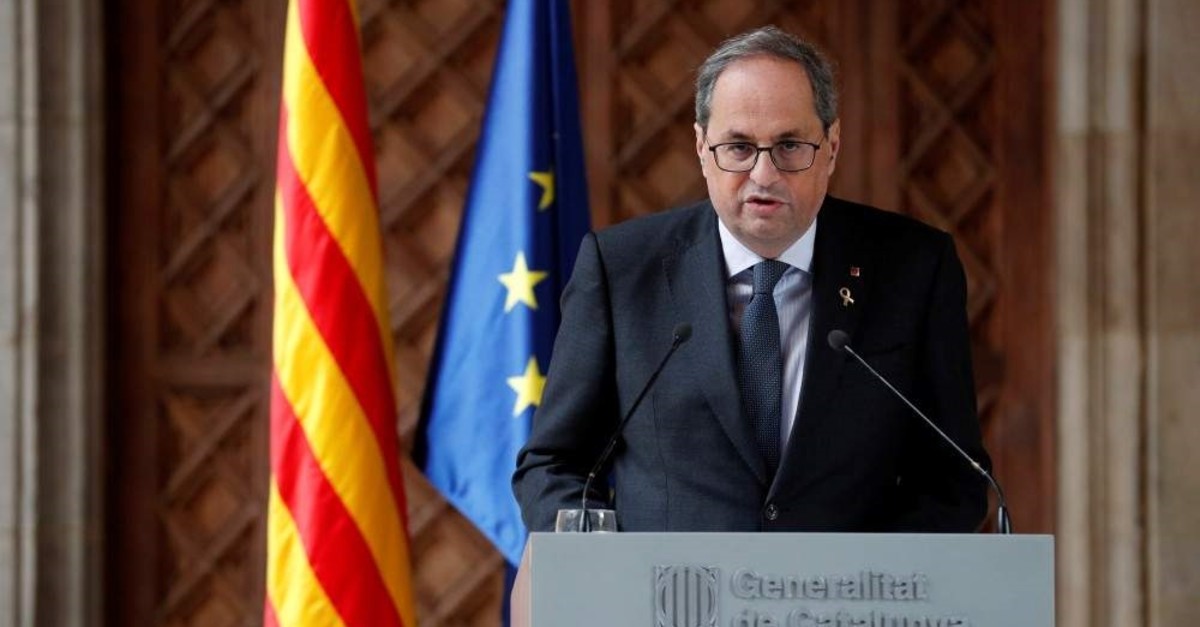 The separatist leader of Catalonia's regional government was barred from holding public office for 18 months over his refusal to order the removal of separatist symbols from buildings, the Spanish region's highest court said Thursday. The ruling will only come into effect if it is confirmed by Spain's Supreme Court, which could take months, and it could trigger an early election in the wealthy northeastern region.

In March, Spanish electoral authorities ordered Quim Torra to remove separatist symbols to respect institutional neutrality ahead of parliamentary elections in April. They objected in particular to a banner outside the Catalonian regional government headquarters that read "Freedom for political prisoners and exiles" next to a yellow ribbon indicating support for nine detained Catalan separatist leaders who were sentenced in October to lengthy jail terms over an abortive 2017 independence bid. The Catalan government ignored two deadlines to take the banner down before finally ceding just before a planned police intervention.

Since taking office in May 2018, Torra has repeatedly clashed with Madrid, most recently calling for a new vote on self-determination for the region as protests over the jailing of nine independence leaders were staged in Barcelona. Catalonia's Parliament and its regional government are dominated by separatist parties, but the region itself remains deeply divided and the recent crisis has exacerbated the split.