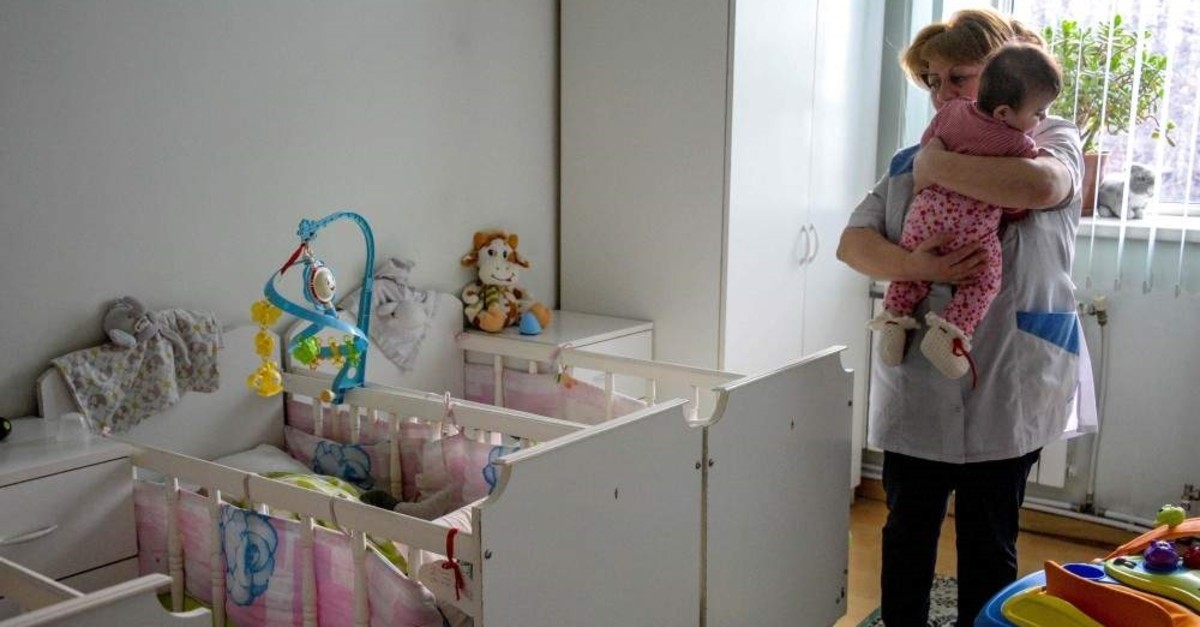 Syuzan Patvakanyan has been searching for her daughter ever since doctors in post-Soviet Armenia forced her to give her up as a baby nearly two decades ago.

Now 35, she shared her story with French Press Agency (AFP) as the authorities this month detained the country's chief obstetrician-gynecologist, the head of an orphanage and other officials as part of a probe into an alleged black-market adoption scheme believed to have been operating for years.

Patvakanyan accused the detained chief gynecologist, Razmik Abramyan, and other doctors of pressuring her to give up her daughter Stella.

She was just 16 when she "fell madly in love" with a man five years her senior, she said.

After Stella's birth, Armenian doctors threatened to report the father to police and coerced Patvakanyan into signing a consent form to hand over the baby.

"I cried, I didn't want to do it," she said in an interview, tears streaming down her face.

When she returned to the maternity ward three days later to take her home, Stella was no longer there.

The doctors claimed she had been sent to an orphanage in the country's second largest city of Gyumri. But the teenage mum could not locate her there either.

"We realised that the swaddled baby had been sold right out of the hospital," said the distraught woman.

Patvakanyan appears to be one of dozens of women caught up in an underground baby-selling network that is now the subject of an official investigation in the impoverished ex-Soviet country.

In December, investigators said they had detained Abramyan, as well as the heads of a maternity ward and an orphanage in the capital Yerevan.

According to his lawyer, Abramyan dismisses the claims as "unfounded and absurd" and insists he had nothing to do with the adoptions.

The lawyer, Samvel Dilbandyan, confirmed Abramyan had helped to deliver Stella, but could not be expected to remember every birth he was involved in.

"It's been 20 years, how can he remember her?" Dilbandyan told AFP.

Armenia's pro-reform leader Nikol Pashinian has ordered a thorough investigation into the alleged scheme, which he said is believed to have been operating "for many years."

"How could such a scheme exist in Armenia?" Pashinian indignantly asked at a government meeting this month.

Marat Kostanyan, a lawyer who has represented Patvakanyan since 2013, claims the network was vast and involved high-ranking officials and police, as well as staff at maternity wards and orphanages.

"The mafia selling children is more powerful than the drugs mafia," Kostanyan said.

"This criminal network has turned the country into a hatchery to produce babies."

Despite all his efforts, there has been little progress in Patvakanyan's case, the lawyer said.

"As far as I know, no one has managed to achieve justice and get their babies back," he added.

Separately, Armenia's security service said in November it had exposed a criminal network that helped Italians adopt more than 30 babies in recent years.

It said that between 2016 and 2018 several young women who had wanted to terminate their pregnancies were instead forced to carry the babies to term and then give them up for adoption.

"In some cases, the frightened mothers were told their newborn babies were sick," the security service said.

Deputy labor minister Zhanna Andreasyan said officials had started looking more closely into adoptions after noticing that four times as many children went to foreigners rather than to locals.

All adoptions have since been suspended while the investigation is ongoing.

Armenia, a South Caucasus country of fewer than three million people, has also pledged to abolish orphanages by 2023, instead reuniting children with their biological parents or finding new homes for them.

In a 2017 report, Human Rights Watch said that thousands of Armenian children were "needlessly" separated from their parents due to disability or poverty and placed in institutions.

More than 90 percent of children in residential institutions in the country have at least one living parent, it said.

According to Armenia's labor ministry, fewer than 650 children currently live in orphanages. More than 70 percent of these have disabilities, according to UNICEF.

'I will never stop'

Patvakanyan said she still hopes to find her daughter.

"I love my Stella very much, I miss her very much, I see her in my dreams. She comes to me and says: 'Mum, I live nearby, don't cry so hard'."

She said she would not marry or have another child until she gets her daughter back.

She has bought a small plot of land where she wants to grow a garden for her long-lost child. She buys her gifts. She intently studies the faces of strangers.

"I'll never stop searching for her," she said, weeping. "I will look for her even when my hair turns white."