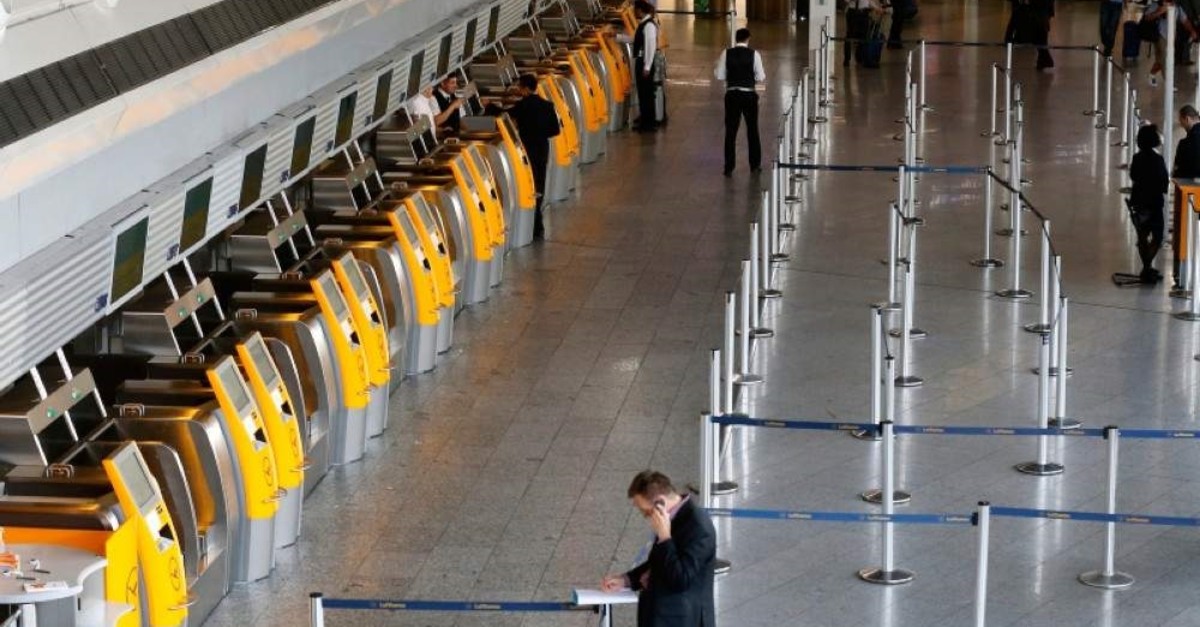 In This Sept. 5, 2014 file photo a passenger makes a phone call near-empty Lufthansa counters when pilots of Lufthansa went on a six hours warning strike at the airport in Frankfurt, Germany. (AP Photo)
by Compiled from Wire Services Dec 26, 2019 10:03 pm

A German cabin crew union said Thursday it would call a fresh strike at Lufthansa "in the coming days," raising the specter of travel chaos during the busy end-of-year holiday season.

The UFO union said it would announce details of the planned strike at 1600 GMT on Friday, in the latest escalation of a long-running battle for better pay and conditions at Germany's flagship airline.

The strike call had been expected after the union said Sunday that arbitration talks with Lufthansa "had failed."

Although the union vowed to spare passengers the upheaval of walkouts at Christmas, it had warned new stoppages could come any time after Thursday.

A UFO spokesman confirmed that the walkout is set to happen before the end of the year.

"We don't see strikes as a solution," a spokesman told DPA news agency, adding that the company was interested in broad mediation. Lufthansa was putting its focus on the next dates for mediation in January.

He said the carrier "continued to believe" in the arbitration process and was willing to take part in fresh talk proposed by two independent mediators for early January.

As well as demanding higher wages, especially for entry-level jobs, the UFO union is seeking better benefits and easier routes into long-term contracts.

Lufthansa for a long time refused to discuss the demands, claiming the union no longer had the right to represent its 22,000 cabin crew employees after an internal leadership struggle. The company even challenged UFO's legal status in court.

But Germany's flagship carrier unexpectedly changed its stance during November's stoppage, agreeing to arbitration with UFO leaders and two mediators.

Neither UFO nor Lufthansa has given details about the arbitration talks, but German media have reported they couldn't even agree on which topics should be covered.

According to German media, aside from pushing its labor demands, UFO is also seeking assurances that flight attendants won't face disciplinary action over the strikes.

Four of the Lufthansa group's smaller subsidiary airlines have also taken part in walkouts as part of the months-long row.