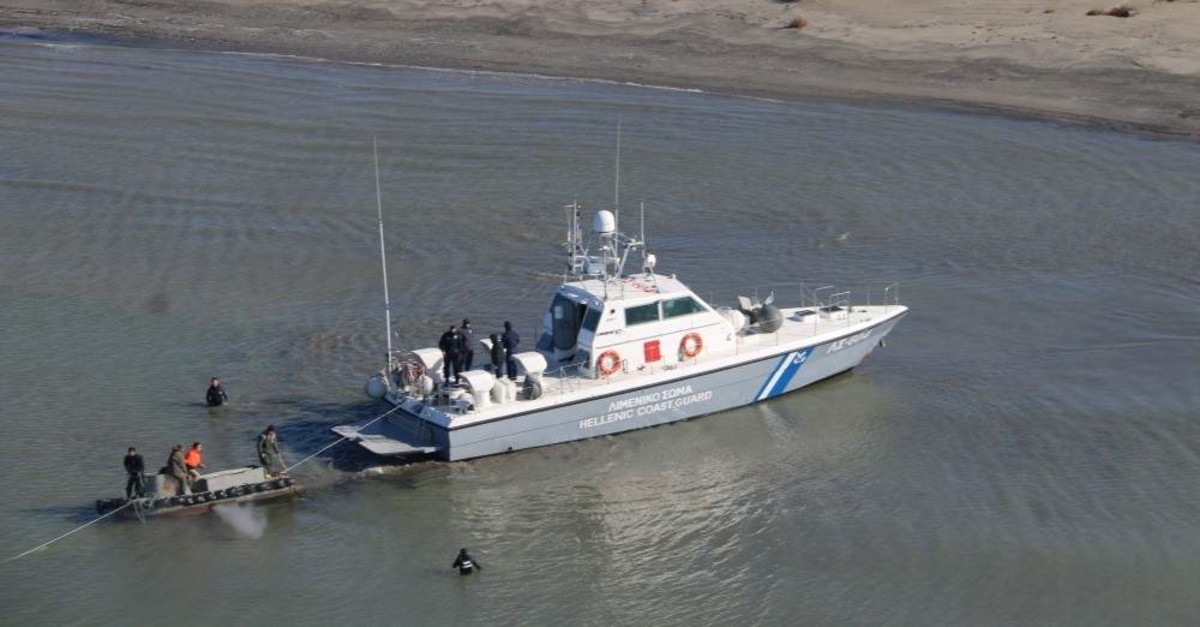 A Syrian refugee disabled after being shot in a Greek coast guard pursuit in 2014 is demanding 100,000 euros ($111,000) in damages from the Greek state, a report said Saturday.

The 68-year-old man, who now lives in Sweden, submitted his case to a court on the island of Rhodes, local daily Dimokratiki said.

The plaintiff was badly hurt in September 2014 when Greek coast guards fired on a smuggler's speedboat in a drawn-out chase near the island of Kalymnos.

The smuggler had previously attempted to ram and sink the Greek patrol boat, injuring one of the coast guards, authorities had said at the time.

The coast guards have claimed that a dozen asylum-seekers concealed on the speedboat were not visible during the pursuit.

Last month, 27 illegal migrants claimed the Greek Coast Guard had opened fire upon them as they attempted to reach the Greek island of Chios from Çeşme, a Turkish resort town in the western province of İzmir. Multiple bullet holes were visible on the boat that was towed to port by the Turkish Coast Guard.