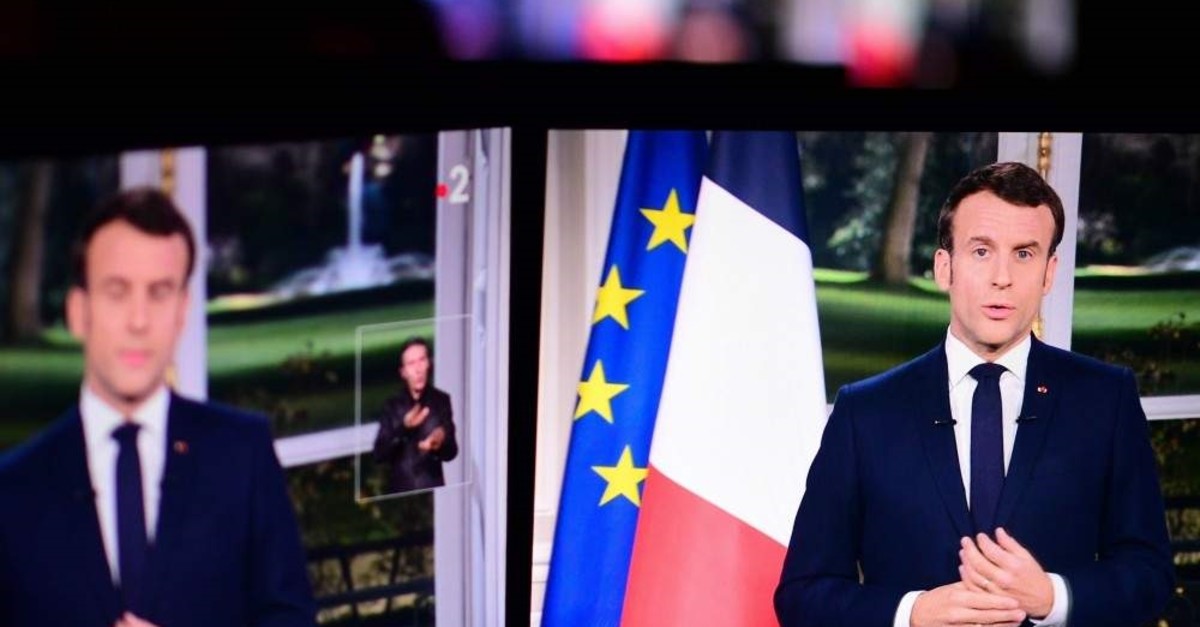 This photograph shows television and computer's screens broadcasting French President Emmanuel Macron delivering his New Year wishes during an address to the nation from the Elysee Palace, in Paris, on Dec. 31, 2019. (Photo by Martin BUREAU / AFP)
by Daily Sabah with Reuters Dec 31, 2019 11:38 pm
French President Emmanuel Macron said Tuesday that he wanted a strong relationship with post-Brexit Britain.

Speaking in his traditional televised New Year's Eve address to the nation, Macron said: "The United Kingdom's departure from the European Union is a test for our country. I will strive to maintain a solid relationship between our two countries."

Other European nations' stance regarding the U.K.'s current situation has not been positive, as many sources have been heavily critical about the way the road to Brexit had been paved. European media outlets do not seem to be optimistic about the country's future.
Last Update: Jan 01, 2020 11:45 am
RELATED TOPICS