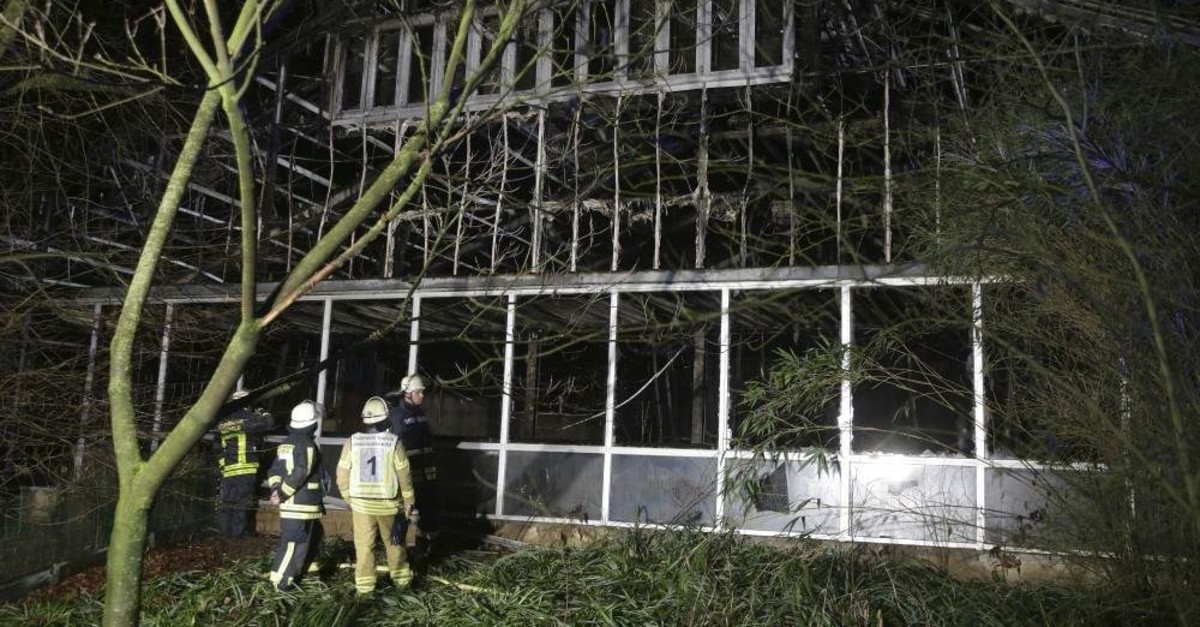 A fire ripped through the monkey house at a German zoo on New Year's Eve, killing about 30 animals inside, the zoo said Wednesday.

Chimpanzees, orangutans, a gorilla, bats and birds were among the animals that died at Krefeld Zoo, near the Dutch border.

The incident was an "inconceivable tragedy," the zoo said in a statement on Facebook. "Our worst fears have come true. There are no surviving animals in the monkey house."

The cause of the fire has not been determined, police said. The zoo said it was "in shock" and would be closed on New Year's Day. Birds and flying foxes also died in the blaze, a zoo spokeswoman said.

A neighboring gorilla enclosure, where a young family of seven gorillas lived, was spared any damage. The fire service said they were called at 00:38 a.m. (23:38 GMT Tuesday) and arrived at the scene within minutes. By that time, the monkey house had already been consumed by the flames.

Krefeld Zoo, about 15 kilometers outside Düsseldorf, sees about 400,000 visitors each year. It counts elephants, leopards and rhinos among its star attractions. The monkey house was opened in 1975.