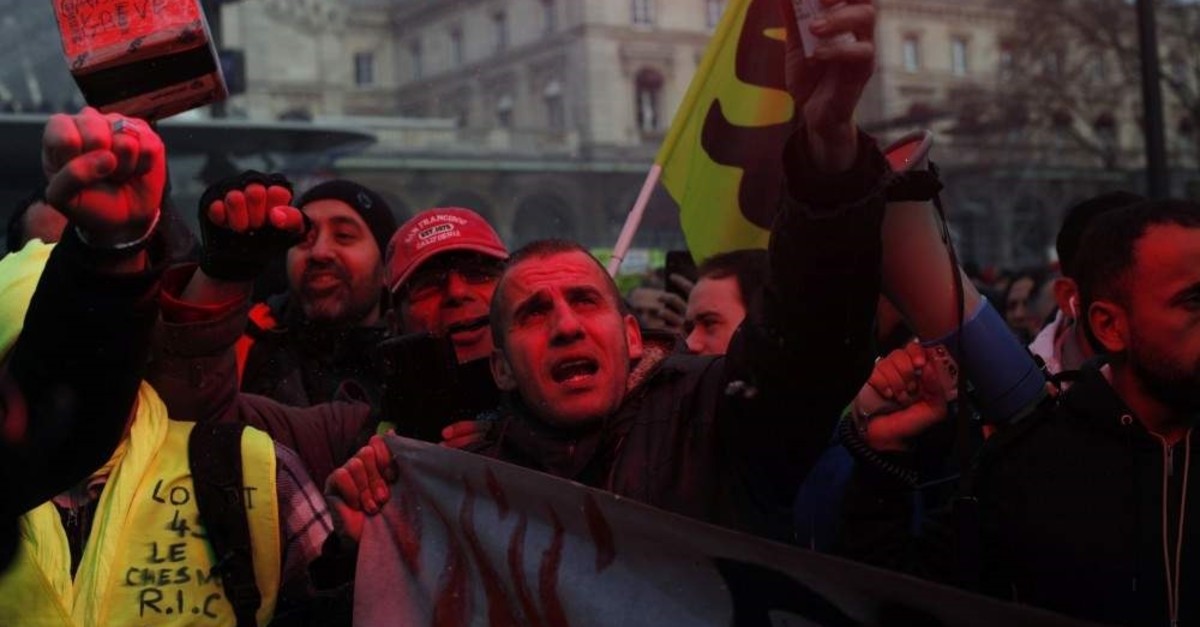 French hardline union CGT called Wednesday for more strikes in France this month after President Emmanuel Macron pledged to push through an overhaul of the pension system following weeks of nationwide strikes by trade unions. Macron said in a traditional New Year's Eve address on Tuesday that he expected his government to quickly find a compromise with unions on the reform, but without departing from the principles laid out by ministers.

Defying weeks of nationwide protests, Macron, while keen to make progress in talks with unions, is still determined to push through with his pension reform plans. Unions have refused to back down on Macron's reforms. The outcome appears to depend on who gives in first.

Unions are trying to force the former investment banker to abandon his overhaul of France's pension system with nationwide strikes since Dec. 5 that have crippled public transport.

"I was under the impression of having heard these words a thousand times," Philippe Martinez, the head of the CGT union, told BFM television of Macron's address. "I still do not see anything new in the government's position. The alarm signal needs to be louder, we need strikes everywhere," Martinez said. Martinez said his organization would take part in a meeting between unions and the government on Jan. 7.

The nationwide reaction has become the latest on Macron's record following months of protests by teachers, hospital workers, police and firefighters as well as the yellow vest movement demanding improved living standards. The government's deepest concern seems to be the possibility of these events snowballing into a continuation of the yellow vest movement by reigniting it.