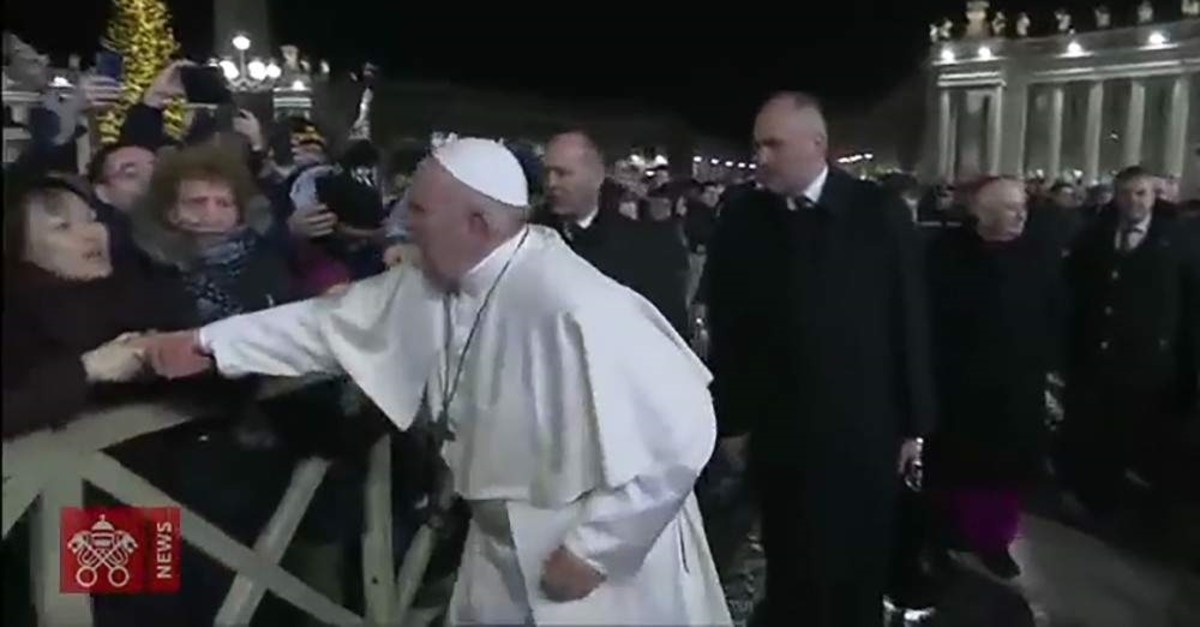 Pope Francis apologized Wednesday for having angrily slapped a woman's arm when she had grabbed hold of his hand and yanked him toward her, saying he lost his patience and set a "bad example."

His unusual apology came after he used his first homily of the new year to denounce violence against women, which he compared to profaning God.

Pope Francis, 83, had a sharp encounter with a woman on Tuesday evening during a walkabout in St. Peters Square. The pilgrim, who has not been identified, unexpectedly seized his hand and pulled him toward her, causing him evident alarm. A clearly disgruntled Francis wrenched himself free by slapping down at her arm.

"So many times we lose patience, even me, and I apologize for yesterday's bad example," the pope told thousands of pilgrims gathered in St. Peter's Square on Wednesday at the end of the traditional New Year Mass.

He had used the service to issue a forthright condemnation of the abuse of women in modern society. "All violence inflicted on women is a desecration of God," he told a packed St. Peter's Basilica.

Despite creating life, women "are continually offended, beaten, raped, forced into prostitution" and made to have abortions, he said. "We can understand our level of humanity by the way we treat a woman's body," he told the congregation.