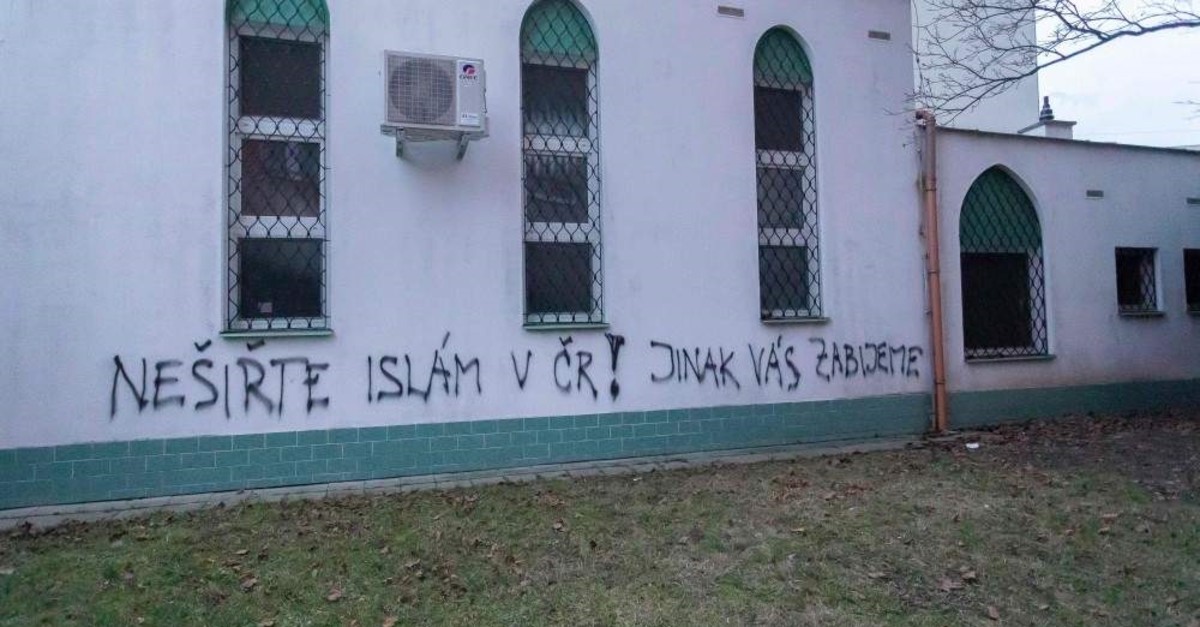 by Jan 04, 2020 7:38 pm
A mosque in the Czech Republic's second city of Brno has been vandalized with graffiti threatening to kill Muslims, police said Saturday.

"Don't spread Islam in the Czech Republic! Otherwise we'll kill you," reads the inscription sprayed on the mosque.

"We have been investigating the case since Friday afternoon as damage to property for now," local police spokesman Bohumil Malasek told French Press Agency (AFP).

The perpetrator faces up to a year in prison if convicted.

"We take it seriously as a direct threat, it's not an anonymous call on the internet," Muneeb Hassan Alrawi, head of the Czech Muslim Communities Centre, told the CTK news agency.

"We must also see this in the light of attacks on mosques in the world and of the oppressive sentiment and atmosphere in the Czech Republic," he added.

The migrant wave that peaked in Europe in 2015 stoked anti-Muslim sentiment in the Czech Republic even though it is home to only a small number after most refugees headed for wealthier states such as Germany or Sweden.