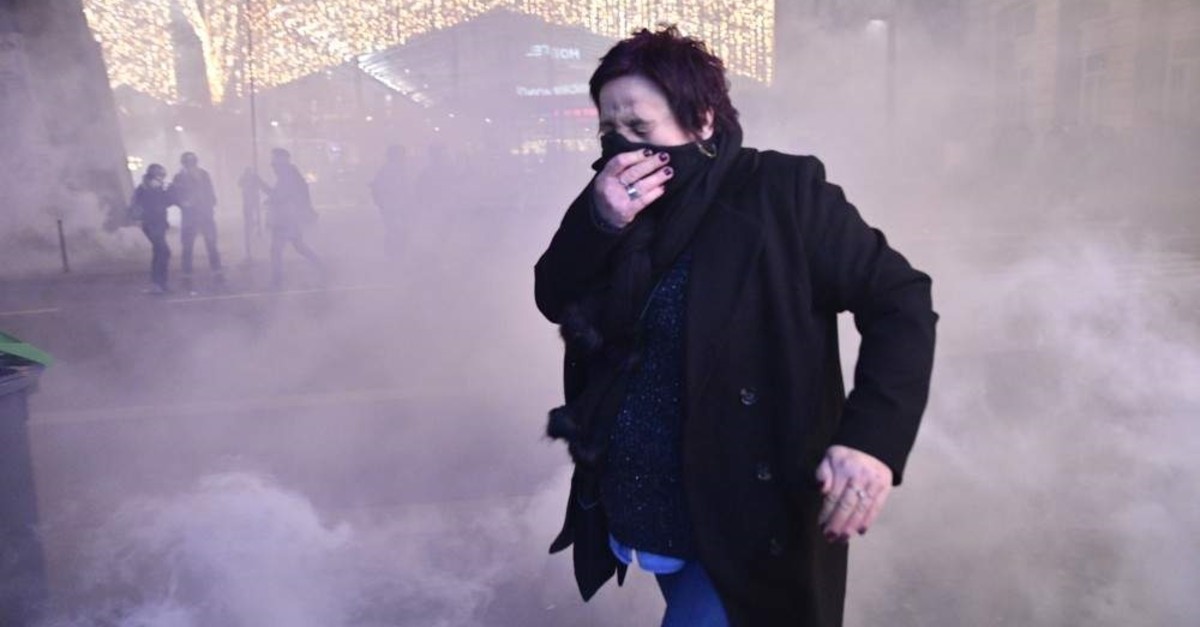 The demonstrators, who set fire to garbage bins, included "Yellow Vests" anti-government activists, whose name is derived from the high-visibility jackets worn at their protests.

President Emmanuel Macron has said reforms are essential to simplify the convoluted pensions system, but his opponents say they will mean many French people having to work for longer.

"People have to think a bit about what kind of society they want in general and, on a more personal level, whether you're 20, 30, 40 or 50, one day you'll retire," said Jean-Gabriel Maheo, an industrial technician who said he was in his 50s.

"If the currently proposed system passes in the way it is laid out, it will be a social catastrophe. Already, the previous reforms are seeing people retire with measly pensions," added Maheo, taking part in the Paris demonstration.

Meanwhile, French state railways ramped up services for people coming back from their Christmas holidays.

Ministers are set to resume talks with trade unions and business groups Tuesday. Hardline unions have called for strikes and protests Thursday and Saturday next week.

State railway company SNCF said seven out of 10 high-speed services would be running Saturday, the highest since the strike against Macron's reform plans started.

On the Paris metro, most lines were operating at least from 1:00 p.m. to 5:30 pm, but with a reduced service in most cases.

Macron argues that a single national pension scheme would be fairer. Public sector transport workers would see their entitlement to retire on a full pension at 52 or 57 phased out, and the standard age for retirement on a full pension would rise from 62 to 64.

In a televised New Year's Eve address, Macron said he wanted to find a compromise, but did not hint at any specific concessions.

A poll by survey firm Odoxa for newspaper Le Figaro and broadcaster FranceInfo, published Friday, found that 76% of those surveyed thought the president had not been convincing, with 61% considering the strike justified.