Kurz sworn in as chancellor in Austria's first conservative-Green government 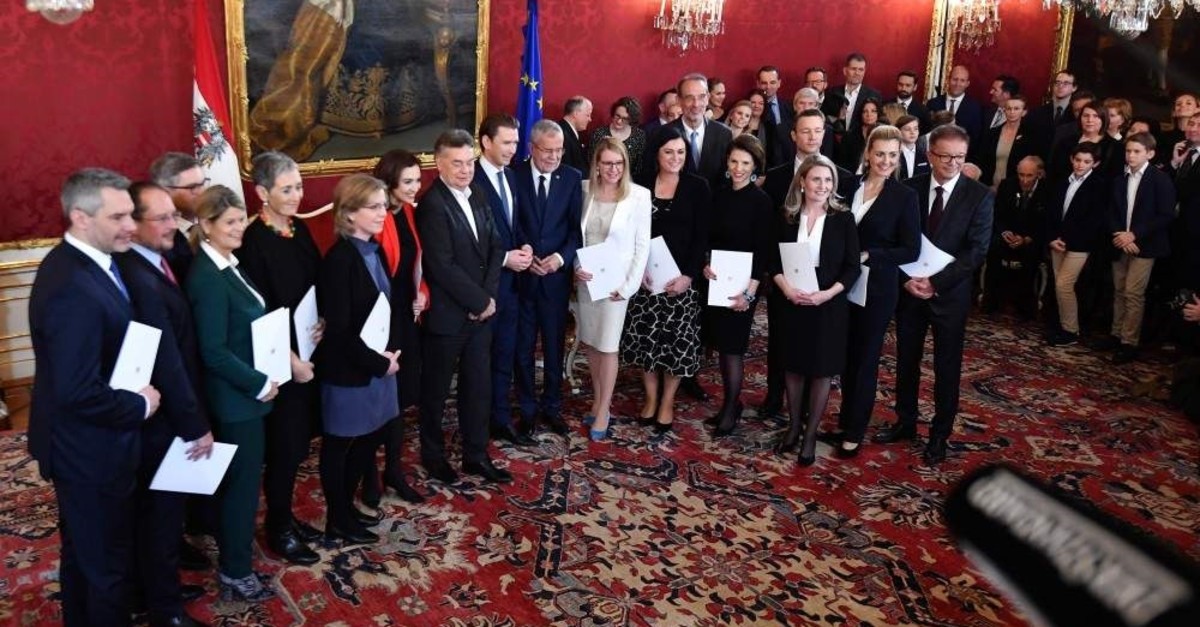 Conservative Sebastian Kurz was sworn in Tuesday as Austria's chancellor, completing a comeback from the collapse of his previous government as the leader of Austria's first conservative-Green government.

Kurz, 33, returned to the top job after a seven-month absence. The Cabinet sworn in by President Alexander Van der Bellen is also Austria's first with a female majority and marks the first time that the environmentalist Greens have entered the country's national government.

Cabinet members include Klaudia Tanner, who ends the traditional male rule over the Defence Ministry, as well as Susanne Raab, who will manage the integration of migrants in a newly created ministry. Alma Zadic, the 35-year-old daughter of Bosnian refugees, was sworn in as justice minister. She is Austria's first minister with a migration background.

The combination of Kurz's center-right People's Party and the Greens, traditional adversaries, could set an example for other countries - in particular, neighboring Germany, where polls suggest a similar combination could emerge from the next election.

Kurz first became chancellor at 31 in late 2017, leading a coalition with the far-right Freedom Party. In May, a video showing then-Freedom Party leader Heinz-Christian Strache offering favors to a purported Russian investor prompted Kurz to pull the plug.

Parliament then ousted Kurz in a no-confidence vote. Austria has been run over recent months by a non-partisan interim government under Chancellor Brigitte Bierlein.

The People's Party and the Greens were the big winners of an election held in September.