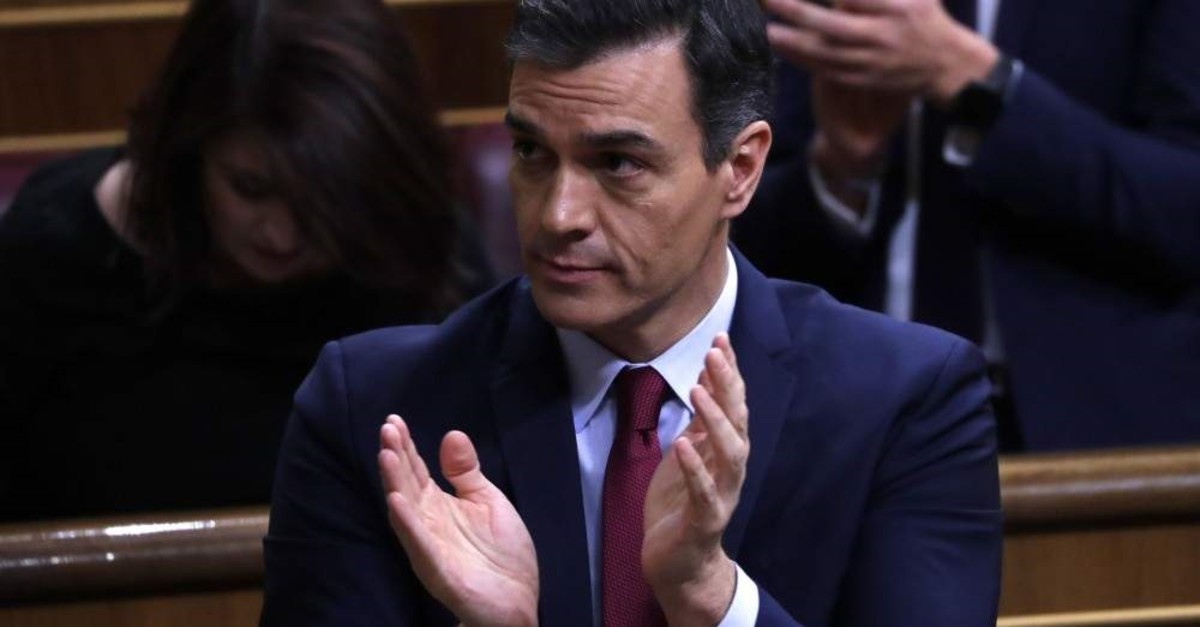 Spanish lawmakers backed Spain's first-ever coalition government in a vote on Tuesday, bringing an end to the political deadlock that has gripped the nation since two inconclusive general elections last year, including one in November.

The progressive coalition won with an extremely tight simple majority – 165 politicians voting against the coalition and 167 in its favor, with the remaining members of the 350-seat parliament having abstained.

Spain's new government is a mash-up of the Socialist Party, led by Pedro Sanchez, who will remain prime minister, and Unidas Podemos – a far-left party that emerged out of an anti-austerity protest movement. This is modern Spain's first coalition government and the first time Unidas Podemos will govern at the national level.

Politicians from six other parties voted in favor of the progressive government, while separatist parties EH Bildu from the Basque country and Republican Left of Catalonia abstained.

Pablo Casado, leader of the opposition, derided the coalition as a "Frankenstein government" and condemned the leader for his negotiations with "terrorists," "separatists," and "the extreme left."

"Your only motherland is yourself... if you do what your partners want, you'll tear Spain apart. If not, they'll kick you out on the street," he said in parliament on Tuesday morning.

Sanchez justified his government, saying the progressive coalition was the only way to end the political deadlock. "The first principle of democracy is to accept the results of the ballot box," he said.

Since 2015, Spain has held four national elections which have all resulted in a progressively more fragmented parliament. Today, 16 different parties hold seats, and the negotiations to muster up backing for the coalition took months.

The new government program includes higher taxes on Spain's top earners, more social spending, and a new chapter of dialogue with Catalan separatists. The fragile coalition could be toppled at any time, which is what the Catalan separatists have vowed to ensure occurs if they view dialogue as insufficient.