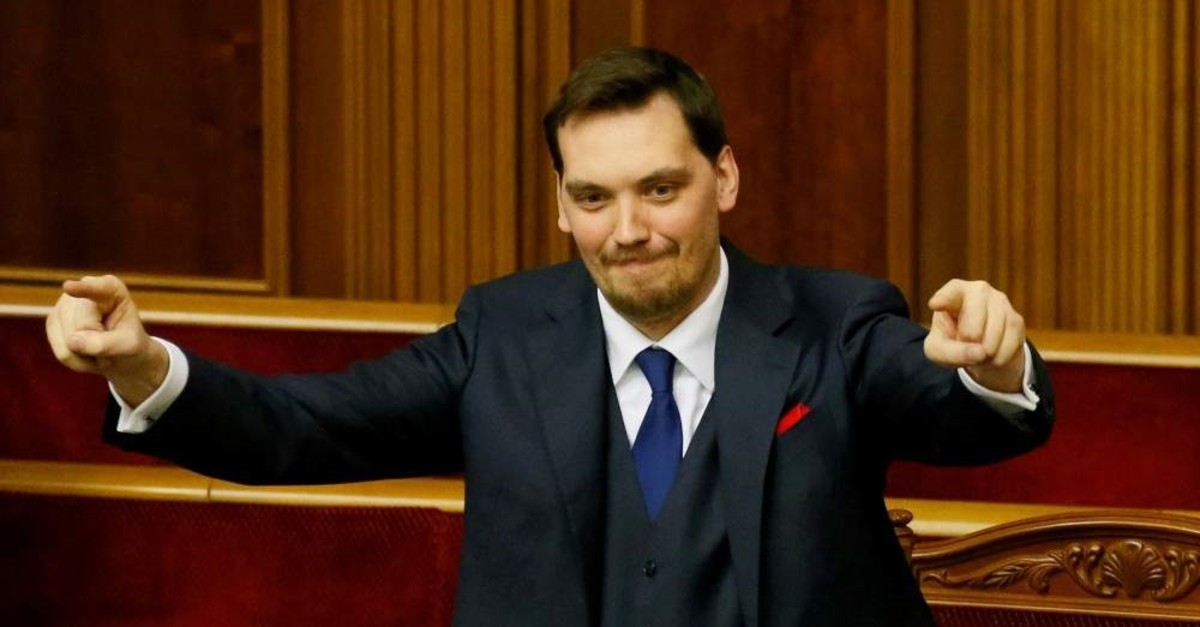 Ukrainian Prime Minister Oleksiy Honcharuk reacts after lawmakers voted to remove a ban on the sale of farmland, at the parliament building in Kiev, Ukraine November 13, 2019. (Reuters File Photo)
by Agencies Jan 17, 2020 10:56 am

Ukrainian Prime Minister Oleksiy Honcharuk has submitted resignation a letter of resignation and President Volodymyr Zelenskiy will consider it, the presidential office said on Friday amid ongoing controversy over Honcharuk's leaked audio recordings.

"I came to the position of fulfilling the program of the President. He is for me a model of openness and decency," Honcharuk said on Facebook.

"However, in order to take away any doubts about our respect and trust in the President, I wrote a letter of resignation and handed it to the President with the right to submit it to Parliament," he added.

Honcharuk said people should not "jump to conclusions" after submitting a letter of resignation. It was not clear whether Honcharuk genuinely intended to step down. Asked whether he was ready to leave his post, he told Reuters: "Do not jump to conclusions."

He declined to say whether he was using a resignation threat as a way of testing Zelenskiy's confidence in him.

Honcharuk was appointed by parliament last August after Zelenskiy's party won a majority. He has set out an ambitious reform agenda since coming to office and secured provisional agreement from the International Monetary Fund for a three-year-loan programme seen as key to maintaining investor confidence and economic stability.
Earlier this week an audio recording surfaced in which Honcharuk appeared to make disparaging comments about Zelenskiy's understanding of economics. Honcharuk said that the recording was a compilation of “fragments of recorded government meetings” and blamed unidentified “influential groups” for making it look like he doesn't respect the president. “It is not true,” the prime minister insisted.
On Thursday, lawmakers from the opposition party Opposition Platform-For Life demanded Honcharuk's resignation, saying he and his cabinet discredit Ukraine's president and exacerbate the economic crisis in the country. Members of the ruling Servant of the People party said there were no grounds for Honcharuk to resign. Ukraine's parliament must vote on whether to accept the prime minister's resignation.