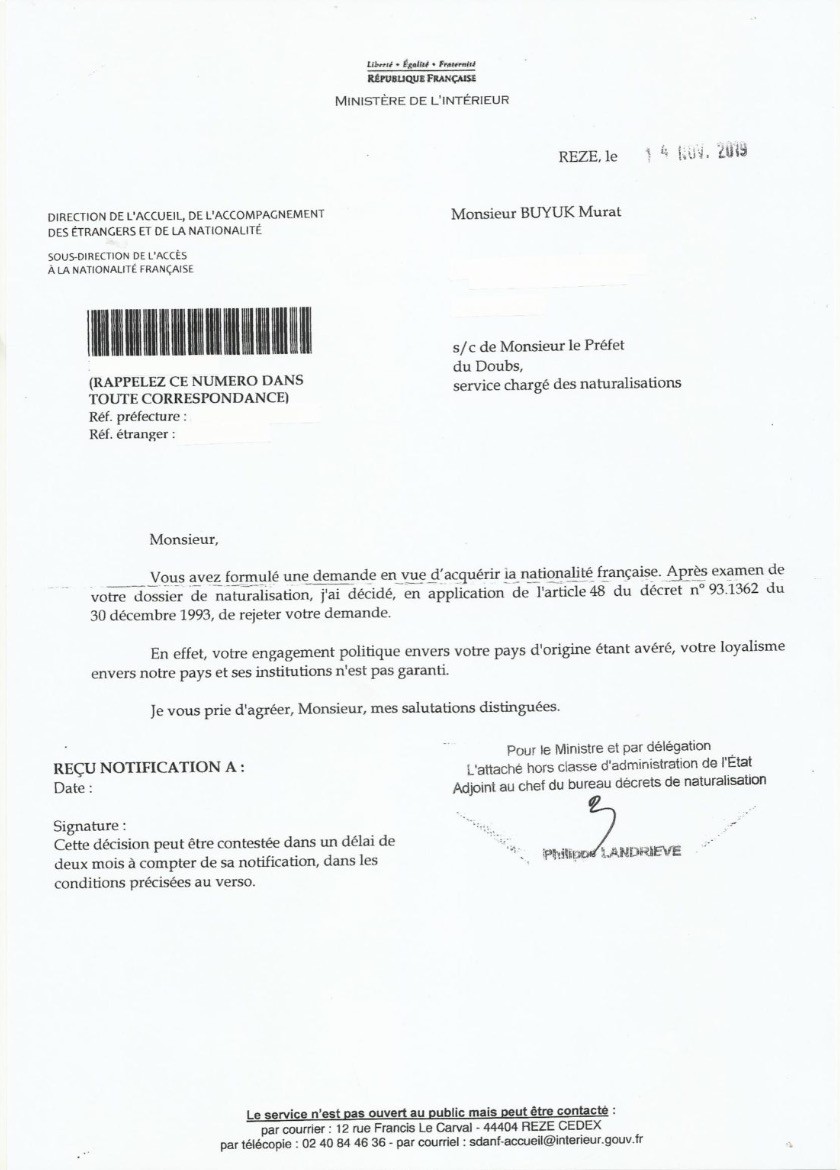 France has denied citizenship to Turkish national Murat Büyük, who has been living in the country for over 40 years, on the grounds of sympathy toward the Turkish government headed by President Recep Tayyip Erdoğan. 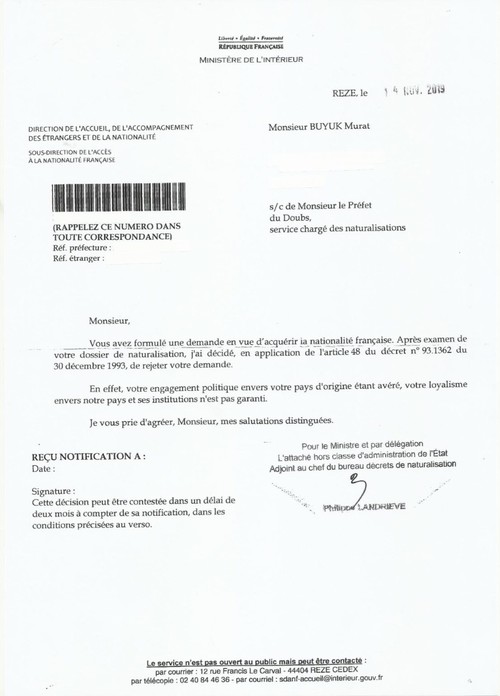 A viral post on social media Sunday showed a letter, signed by a French official working for the Ministry of Interior, informing Büyük that his application for citizenship had been denied over the grounds of "political engagement."

"Your political commitment to your country has been proven, your loyalty to our country and its institutions is not guaranteed," the letter allegedly said.