11 dead from winter storms in Spain 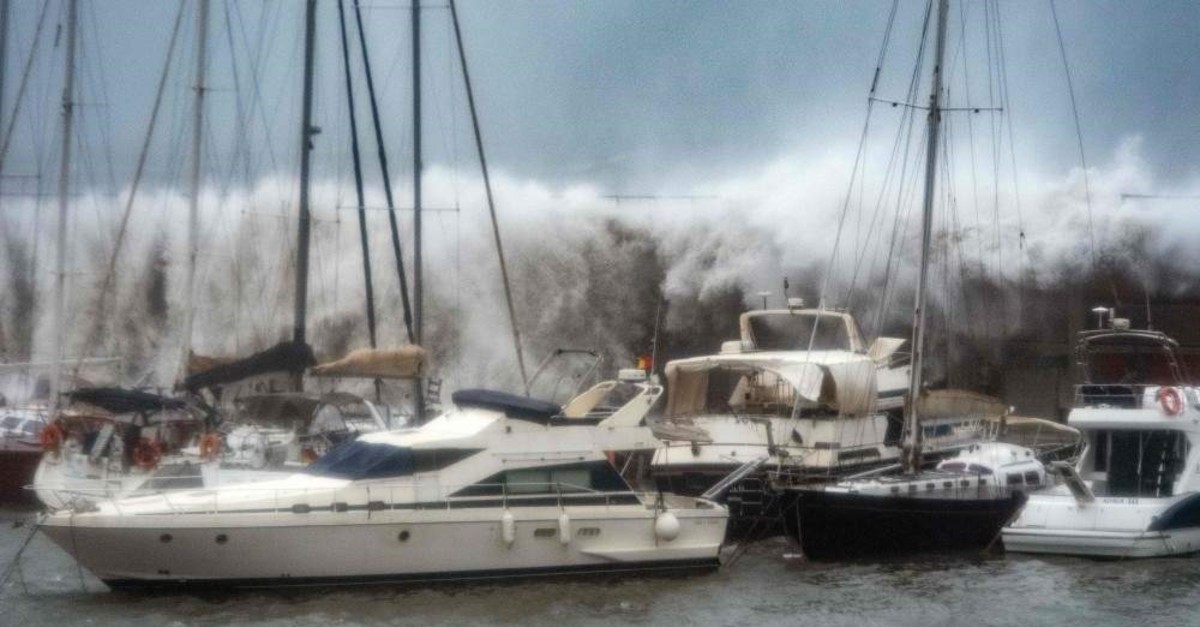 The death toll from a violent storm that has wrought havoc across huge swathes of Spain's eastern and southern coastline rose to 11 on Thursday, with rescue workers still searching for four people.

The latest victim was a 50-year-old man who was fishing in coastal Ametlla de Mar, according to civil protection authorities in the northeast Catalonia region.

Earlier, emergency services found the body of a man inside a vehicle in Cabaces, 60 kilometers (37 miles) northwest of the port city of Tarragona and a local official reported the death of 75-year-old woman whose house collapsed because of heavy rain in Alcoi, a town in the eastern Alicante region.

Heavy rains were whipped in by winds of 100 kilometers (62 miles) per hour to eastern Spain with snow also dumped in parts of the coastal region, one of the most popular tourist regions in Europe, leaving many towns flooded.

Authorities warned that the death toll could rise further with four people still listed as missing in Catalonia and the Balearic Islands.

As the storm eased, Prime Minister Pedro Sanchez visited some of the worst-hit areas on Thursday, overflying parts of Catalonia before heading to the Balearics which on Tuesday were hit by record waves.

"We're going to hold an urgent meeting tomorrow to activate all the mechanisms... to respond with all the necessary urgency to your needs," he said, pledging there would be "no scrimping on any resource or effort".

Rescuers on the islands are still searching for a 25-year-old Briton and a 41-year-old Spanish man, both of whom were last seen in northwestern Ibiza.

They were also looking for a 27-year-old Spaniard who disappeared in Mallorca while practicing canyoning -- a mix of rappelling, climbing and watersliding through deep gorges.

A 54-year-old Romanian woman was one of two homeless people who died of exposure in the southern Valencia region during the storm. Southern France also hit

Aside from the confirmed storm deaths, rescuers found another body in southern Valencia on Monday, that of a man in Carcaixent, but they have so far been unable to say if he died as a direct result of the weather.

Spain has in recent years witnessed torrential rainfall of a rare intensity.

Last September, seven people were killed when gale-force winds and huge waves smashed into seafront towns in the east of the country.

In 2018, 13 people died in flash flooding on the holiday island of Mallorca.

The network of Mediterranean Experts on Climate and Environmental Change (MedECC) said in a study published in October that such extreme weather episodes were increasing due to climate change.

"It's clear that the meteorological phenomenons we are witnessing aren't entirely due to climate change, but what is also true is that climate change is accentuating them," said Sanchez.

Storm Gloria also hit parts of southern France, causing the evacuation of 1,500 people in the Pyrenees-Orientales region. They began to return home on Thursday.