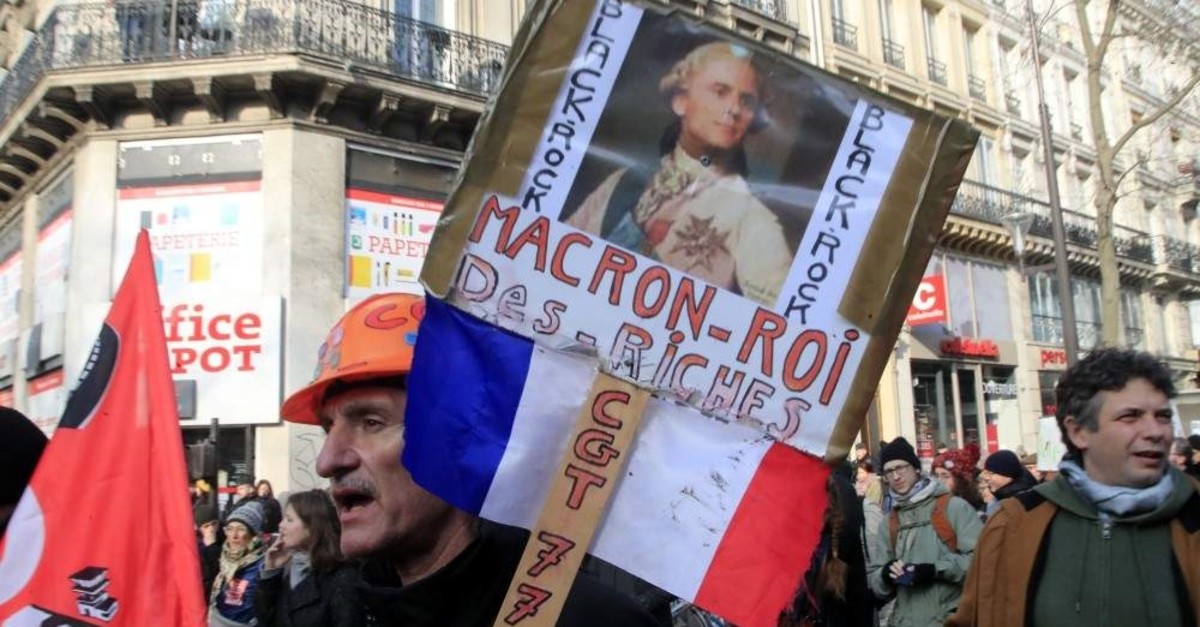 France's hard-left trade unions on Friday threatened industrial action for months to come, as they searched for a way to force President Emmanuel Macron to ditch the biggest overhaul of the country's pension system since World War II.

The unions have been locked in battle with Macron over the fate of France's generous pension benefits since early December. The former investment banker has made some concessions to the unions but refuses to abandon his reform.

The unions on Friday brought thousands of protesters onto the streets for a seventh round of nationwide demonstrations, although their large-scale actions are petering out and they are increasingly resorting to wildcat actions to cause disruption.

"Our determination remains intact," Yves Veyrier, head of the Force Ouvriere union, told reporters ahead of a street march in Paris. "We have weeks, months, of protest ahead of us."

Macron wants to streamline the existing set-up of 42 different pension schemes, each with their own levels of contributions and benefits, into a single system that gives every pensioner the same rights for each euro contributed.

The myriad special benefits deter job mobility, says Macron, for whom the reform is central to his drive to create a more flexible labor market.

Trade union opponents say the reform will require people to work longer for a full pension. "I still believe in our fight," said one protester in Paris who identified herself as Karine and carried a banner reading 'We Shall Overcome.'

Walkouts at power plants left electricity generation reduced by 6.4% of available capacity, according to grid operator data. Power demand is outstripping supply due to cold weather, leaving France a net importer of electricity from its neighbors.

Macron's prime minister, Edouard Philippe, insists the reform must result in a balanced pension budget by 2027. Under pressure from the unions, he has withdrawn raising the retirement age for a full pension by two years to 64. But unions must now find another way to balance the pension books or the provision will be added back in before the bill is due to be voted into law this summer.